The Intel Arc A770 and Arc A750 graphics cards were tested on Geekbench. They have a slight difference in performance, but even the top A770 is not faster than the GeForce RTX 3060 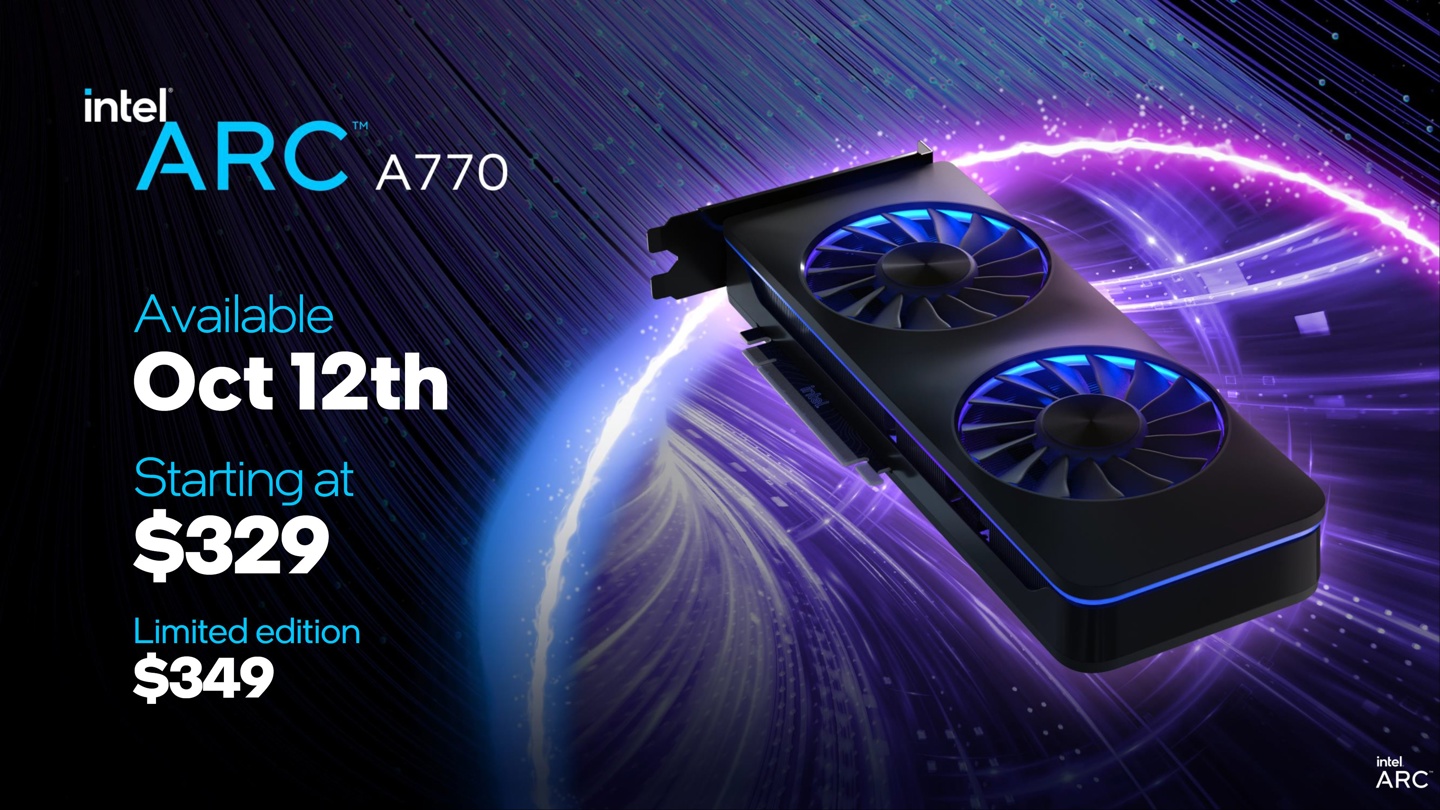 Sales of Intel Arc A770 and Arc A750 video cards will start soon, but both new products have already been tested in Geekbench, which allows you to get an impression of their performance both relative to each other and relative to other models.

As you can see, the performance of these two models does not differ much, and here a lot can be decided by the price. At the same time, it should be noted that even the top Arc A770 is only at the level of the GeForce RTX 3060, although it was previously said that the Arc A770 will be able to compete with the GeForce RTX 3060 Ti. However, it is possible that Arc A770 will be rehabilitated in real applications (games).