The government has introduced BH-Series for new vehicles, find out what is the benefit, how to apply? See details 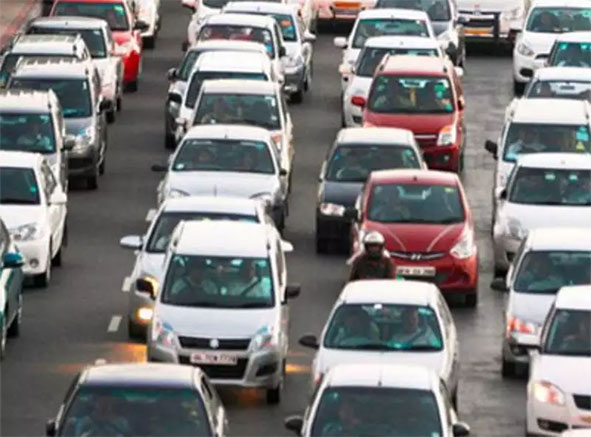 BH-Series Foe New Vehicle: Government of India has released a new series for vehicles. This will be of great benefit to many. This decision of the government has brought great relief to millions of people. If you work for a company where you can be transferred anywhere in the state. So this is going to be of great benefit to you. The Central Government has launched the Bharat Series for new vehicles. The registration of vehicles in the new series will be valid all over India and based on the registration number in this series you will be able to use your vehicle in any part of the country without any hassle.

In a statement to Parliament on Wednesday, the government said that the Government of India has introduced a new BH, the Bharat Series, for new vehicles across the country. In a written statement to Parliament, Road Transport and Highways Minister Nitin Gadkari said that a new registration mark-Bharat series (BH series) has been introduced for new vehicles. The change was notified by GSR 594 (E) in August this year by the Union Ministry of Road Transport and Highways.

A private vehicle with this registration mark will not require a new registration for the vehicle once the owner of the vehicle has migrated from one state to another. Union Minister for Road Transport and Highways Nitin Gadkari, in a written reply to a question in the Rajya Sabha, said that under the “Bharat Series (BH-Series)”, the vehicle registration facility will be available for protection personnel, Central Government / State Governments / Central Government / State Government employees. Will be voluntarily available to employees of state public sector undertakings and private sector companies / institutions. Those whose offices are in four or more States / UTs will be able to travel in the Indian states / UTs by private vehicles without any hassle.

This is how the new format
BH registration format is kept as YY BH #### XX. In which BH indicates the year of first registration, BH is the code of India series, #### will contain random numbers from 0000 to 9999, XX will contain the letters AA to ZZ.

How to apply?
If you have the right qualifications, you are eligible to apply. You can also apply if you have your own business or work in a private company. However, it requires offices in more than four states or union territories.
To apply, you need to go to the website of the Ministry of Road Transport and Highways and go to the vehicle portal.

The BH-Series number can also be obtained from the dealer when purchasing a new vehicle. For this the vehicle owner has to fill Form 20 and Form 60 available on the vehicle portal.
Private sector employees will have to submit this form along with Employee Identity Card with Employment Certificate.

Calculation of
road tax for BH series Vehicles with BH series number plates will have to pay road tax for two years and every two years thereafter instead of paying road tax for 15 years at the time of purchase. Motor vehicle tax will be levied every year after the 14th year from the date of first registration, which will be half of the tax levied earlier.

What is the old process of RC transfer?
Before the government started the Bharat Series registration process, vehicle owners had to go through many difficult procedures to transfer the vehicle to another state. Under Section 47 of the Motor Vehicles Act 1988, re-registration is required to use the vehicle in another state within 12 months. For which the vehicle owner has to get the No Objection Certificate from the RTO in the old state and apply for tax refund in his local RTO after paying the road tax in the new state. This process had to be repeated after the change of state. But with the advent of BH-series, these problems are gone.