The frequency of all cores increased to 5.5 GHz, and the temperature dropped by 20 ° C. Enthusiast scalped Ryzen 9 7900X and shared positive results 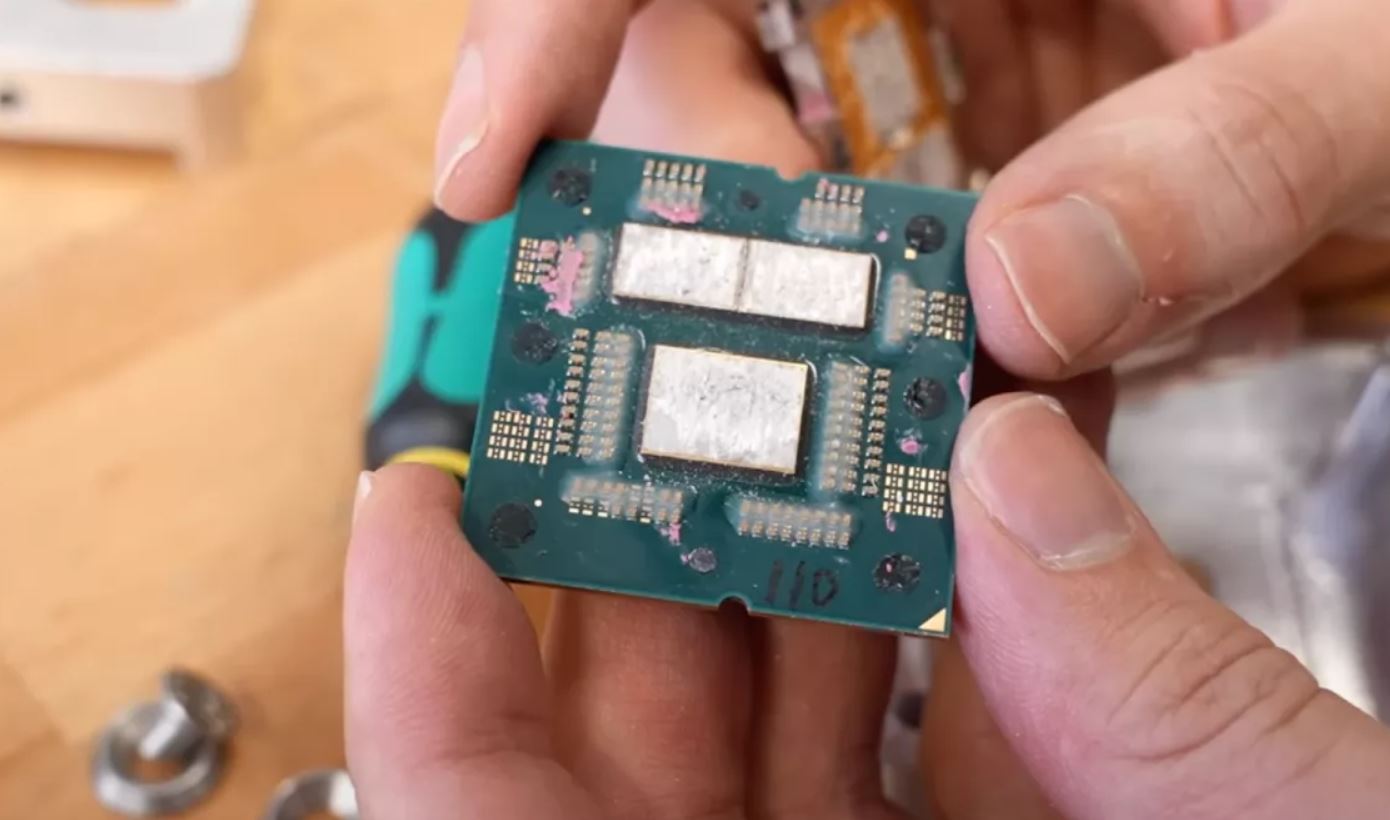 The well-known overclocker der8auer (aka Roman Hartung) tested the 12-core Ryzen 9 7900X processor in a way that no one had done before: with the heat distribution cover removed. Removing it is not an easy process, but in this way (and using an appropriate cooling system) you can lower the CPU temperature and achieve much higher frequencies.

The overclocker forced all 12 processor cores to operate at a frequency of 5.5 GHz by raising the voltage by 30 mV. The temperature at the same time was 74.9 ° C – and not in idle time, but in the Cinebench benchmark.

Usually, scalping improves CPU cooling by 10-15 °C, since the cooling system is in direct contact with the chip, and not through the transmitter (in the form of a factory thermal interface and cover), but in this case the result turned out to be even better, which indicates a good overclocking potential Ryzen 9 7900X.

On the other hand, such a good scalping result can be explained by the fact that for the sake of compatibility with cooling systems designed for AM4 processors, AMD made the cover of the new AM5 processors a little thicker. Naturally, having got rid of the thick cover, the overclocker got a better result than predicted.