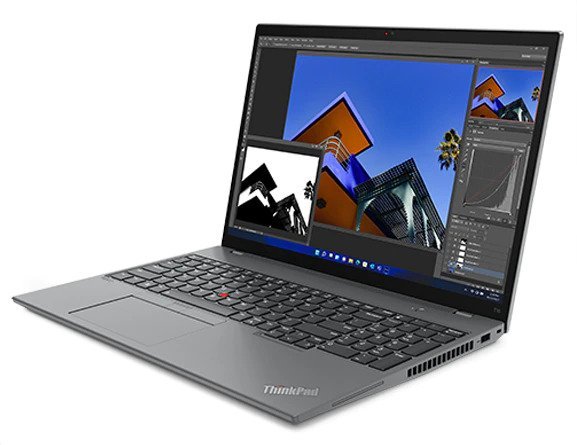 The line of world-famous Lenovo ThinkPad laptops has replenished with a new large model – ThinkPad T16 Gen 1. This is the first representative of the series with a 16-inch screen. By the way, this model uses IPS matrices with an aspect ratio of 16: 10, Full HD or 2.5K resolution, and coverage of 100% of the sRGB color space. For a fee, the display can be touch-sensitive.

ThinkPad T16 Gen 1 can be equipped with both AMD Ryzen 6000 Pro processors and Intel Core 12 P and U CPUs. Models based on Intel CPUs have up to 48 GB of DDR4 RAM, up to 2 TB SSD and Nvidia 3D accelerators GeForce MX550 or RTX 2050. AMD-based versions do without discrete graphics, and the maximum amount of RAM is 32 GB, but LPDDR5-6400 MHz memory is already used here.

There are two battery capacity options – 52.5 Wh and 86 Wh. In the second case, the laptop comes with a 135W charger.

Lenovo ThinkPad T16 is equipped with Wi-Fi 6E and Bluetooth 5.2 adapters (extra charge – LTE modem), a pair of USB-C ports (intel-based models support Thunderbolt 4 interface) and a pair of USB-A 3.2 Gen 1, HDMI video output 2.0b, RJ-45 port, standard headphone jack. In the version with the LTE modem, of course, there is a slot for a SIM card. The Lenovo ThinkPad T16 Gen 1 should go on sale this quarter.