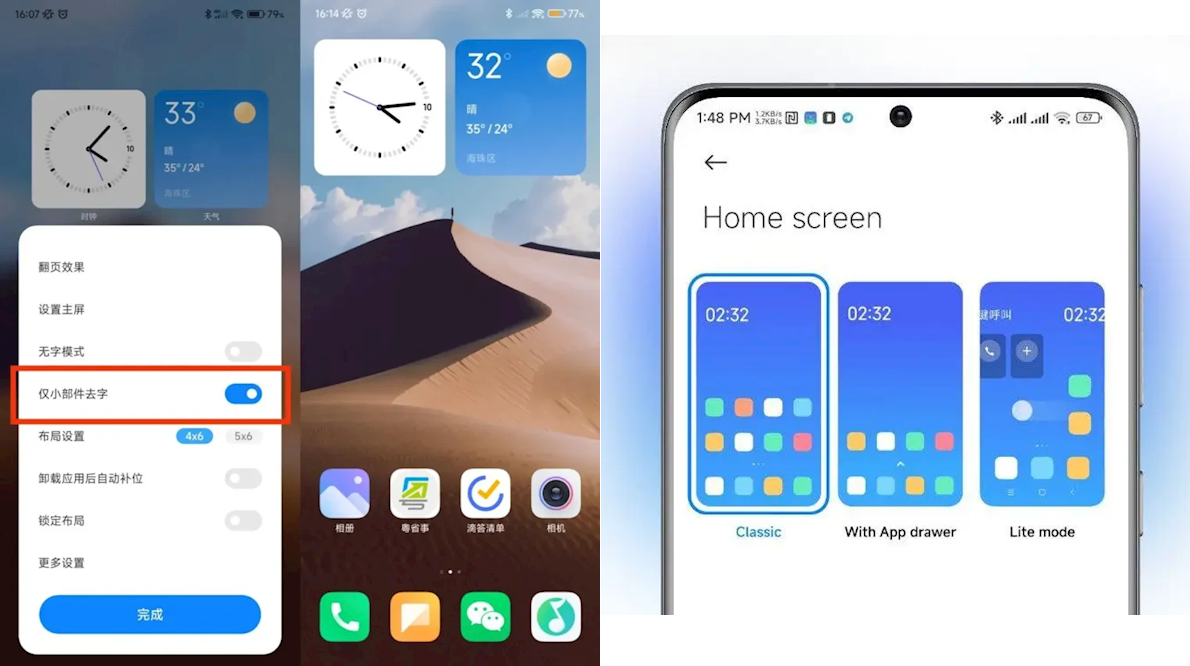 The first screenshots of MIUI 14 have appeared, as well as a preliminary list of smartphones that will receive the firmware first. In addition to Xiaomi 13, this list will include Xiaomi 12S series, Xiaomi Mi 12, Xiaomi Mi 11, Xiaomi Mi Civi 1S/2, Redmi K60/K50/K40 series, Redmi Note 12/11 series, Xiaomi MIX 4 and other models.

According to the publication Mydrivers, which published this information, MIUI 14 will introduce a simple desktop mode, change the control center, change applications for recording calls, a compass and a calculator. A large number of applications that come with the system can be removed.

Recently, Xiaomi officially announced MIUI 14, after which Jin Fan, the head of the development team, said that “one of the goals is to make the smoothest and lightest flagship ROM for smartphones”

The presentation of MIUI 14 is expected before the end of this month.