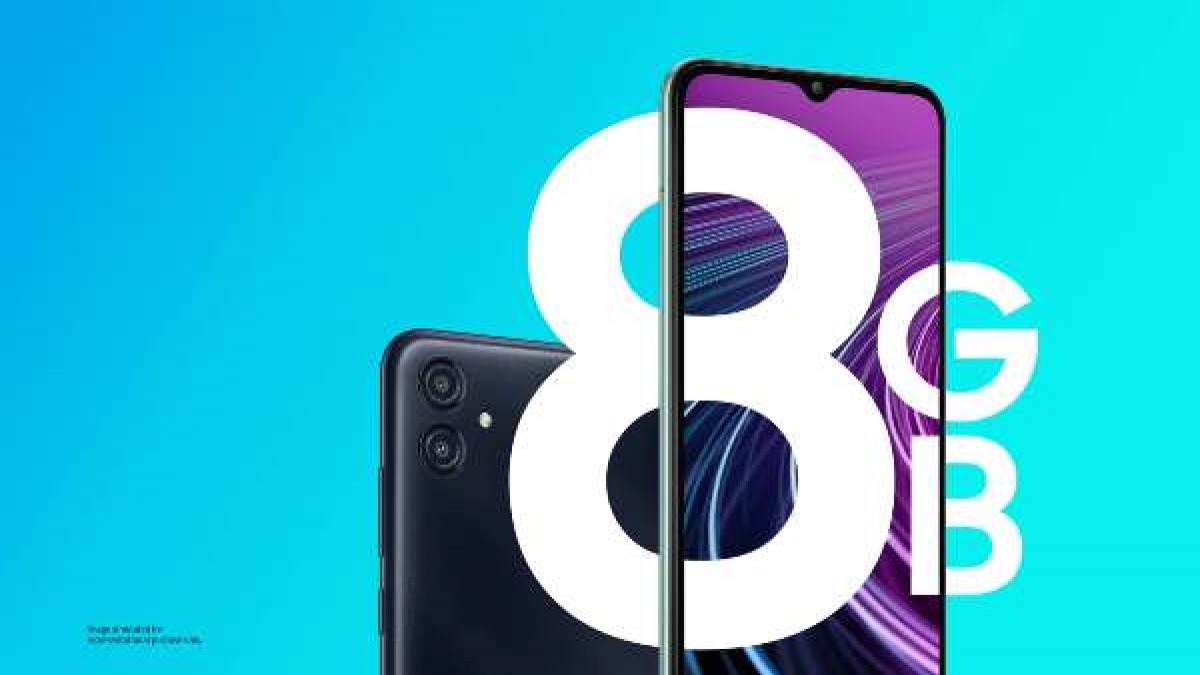 The new Galaxy M04 sports a 6.5-inch LCD display panel with HD+ resolution and Infinity-V notch. It is powered by an octa-core MediaTek Helio P35 processor that brings with it an integrated IMG PowerVR GE8320 GPU. The smartphone boots OneUI Core 4.1 based on Android 12. The smartphone comes in 4GB + 64GB and 4GB + 128GB configurations. There’s also support for 4GB of RAM Plus, which is Samsung’s version of virtual RAM.

The smartphone comes with a dual-rear camera setup that includes a 13MP primary camera, a 2MP depth sensor, and an LED flash. For better selfies, there is a 5MP selfie camera at the front. The smartphone packs a 5000mAh battery unit and supports 15W fast charging. Type-C port has been given in the phone for smartphone charging and data transfer. Also, it is not clear whether the company will bundle the charging brick in the retail box or not.

Will be available in these color options

The Samsung Galaxy M04 will be available for purchase in Sea Glass Green and Shadow Blue color options. It weighs 188 grams and measures 164.2×75.9×9.1. You can use a micro-SD card to expand the phone’s storage and it also has a 3.5mm audio jack. In terms of connectivity, it offers Dual-SIM, 4G, WiFi 802.11 b/g/n. Equipped with Bluetooth 5.0, GPS, Glonass, Beidou and Galileo.