The first sale of Lava Blaze 5G smartphone will start on this day; Know offers and discounts 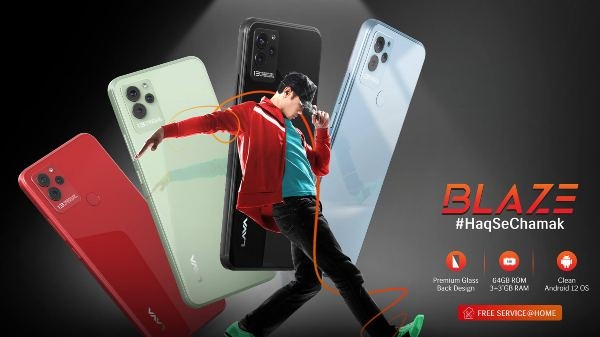 Let us tell you that Lava Blaze 5G is equipped with a MediaTek Dimensity 700 processor and 4GB of RAM. The smartphone has a 90Hz LCD display and 50MP camera setup. The Lava Blaze 5G is the cheapest 5G-enabled smartphone and will rival the Redmi 11 Prime 5G, POCO M4 Pro 5G, and the Realme 9i 5G.

Talking about the features, Lava Blaze 5G smartphone comes with a 6.5-inch HD+ IPS display with WidevineL1 certification and a screen refresh rate of 90Hz. As mentioned earlier, it is powered by a 7nm MediaTek Dimensity 700 system-on-chip (SoC) and will come with 4GB of RAM and 3GB of virtual RAM. It will also sport 128GB ROM UFS storage and will run on Google’s Android 12 OS.

Talking about the cameras, Lava has said that the Lava Blaze 5G has a dual camera setup of 50MP at the back and 8MP camera at the front. A 5,000mAh battery has been given in this phone. The battery is claimed to provide up to 50 hours of talk time and up to 25 days of standby time on a single charge.