The first laptops with the Intel Arc A370M graphics card will not be cheap. They should enter the global market in May 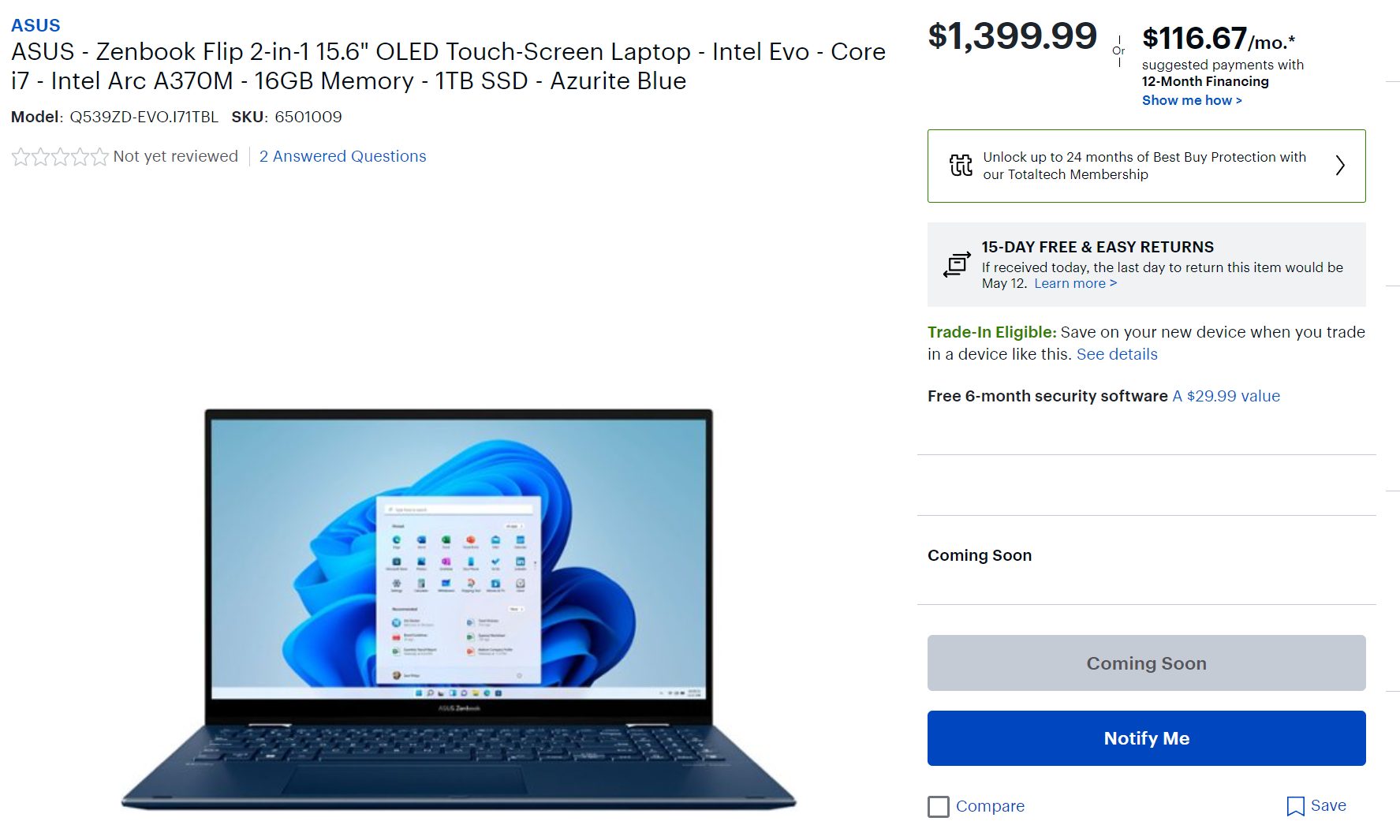 It’s been a month since Intel formally released the low-end mobile Arc graphics cards to the market, but now they’re only available in the latest Samsung laptops and only in South Korea. However, the situation should change for the better in the near future.

Already in May, at least Asus, Acer and HP will launch their laptops with discrete Arc cards. At least this is indicated by the data of a number of stores in the US.

Mobile PCs will receive the Arc A370M graphics card – the base solution of the family, standing a step above the Arc A350M. This adapter has 1024 cores, 4 GB of memory and a 64-bit bus.

As for prices, for now, the laptops in question will be sold in the $1,400 to $2,000 price range. Since these are not gaming laptops, we are not talking primarily about GPU performance at all, so there is no point in comparing these models with other gaming mobile PCs.