The first impact of mankind on an asteroid knocked out up to 10,000 tons of rock from the last 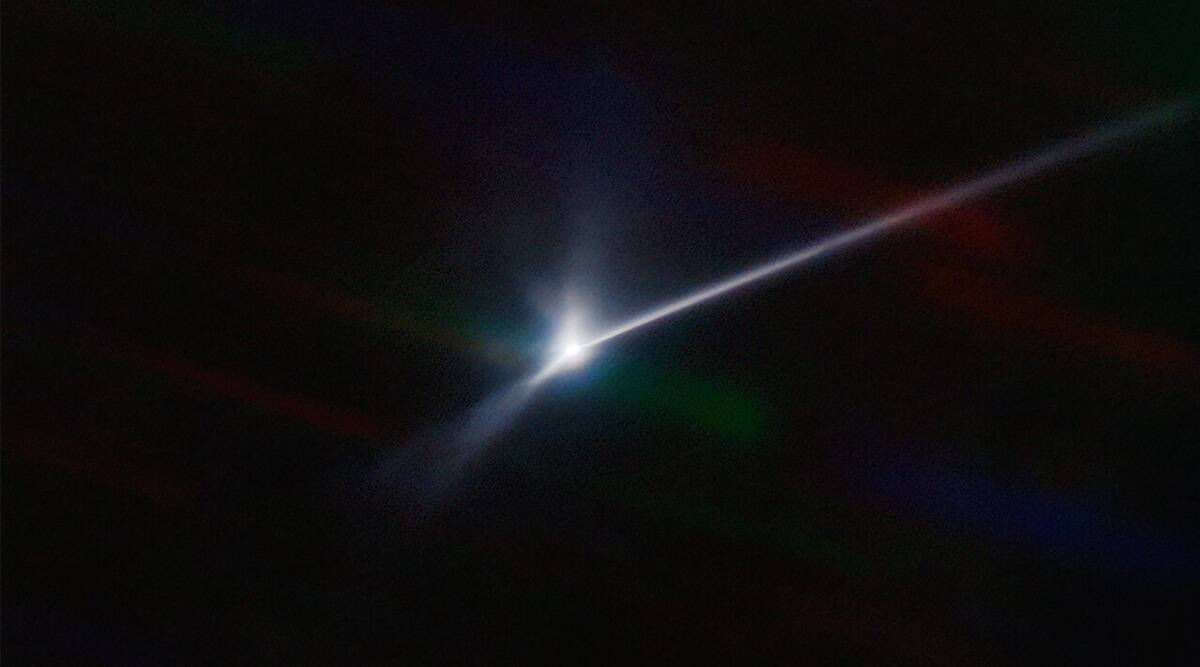 Humanity’s first impact on an asteroid, as we know, was successful. Now there are new details about exactly how much.

The DART spacecraft, when hitting the asteroid Dimorph, knocked out at least 1000 tons of rock from the latter. Calculations show that the maximum value could be 10,000 tons. Recall that the impact allowed to reduce the orbit of Dimorph around the larger Didyma by 32 minutes, or about 5%.

The large amount of material that knocked out the probe on impact allowed scientists to understand the structure of the asteroid. Dimorph is not a single piece of stone, but rather a huge lump of boulders and small stones held together by gravity. This is a fairly common type of object.

It is because of the structure of the asteroid that the impact of the probe ultimately led to such a significant change in orbit. The fact is that if the Dimorph was a solid piece of stone, during a collision, the probe would practically not knock out fragments from it, because of which the Dimorph would acquire the same momentum that the probe had. That is, the coefficient, which is called beta, would be equal to 1. However, the huge mass of matter that was ejected outside the asteroid eventually led to the beta being 3.6, that is, the momentum received by the asteroid from the ejection of matter was greater than directly from the DART impact.

Of course, despite the very useful data obtained as part of the DART mission, it is meaningless to say that now humanity can confidently repel any space threat in this way. Needless to say, the Dimorph is only about 160 meters in diameter, and is actually a large pile of rubble. If we are talking about a piece of stone an order of magnitude or two larger, the situation will be completely different.