The first ever crossover flight with an American astronaut on the Soyuz spacecraft. Soyuz MS-22 spacecraft launched from Baikonur 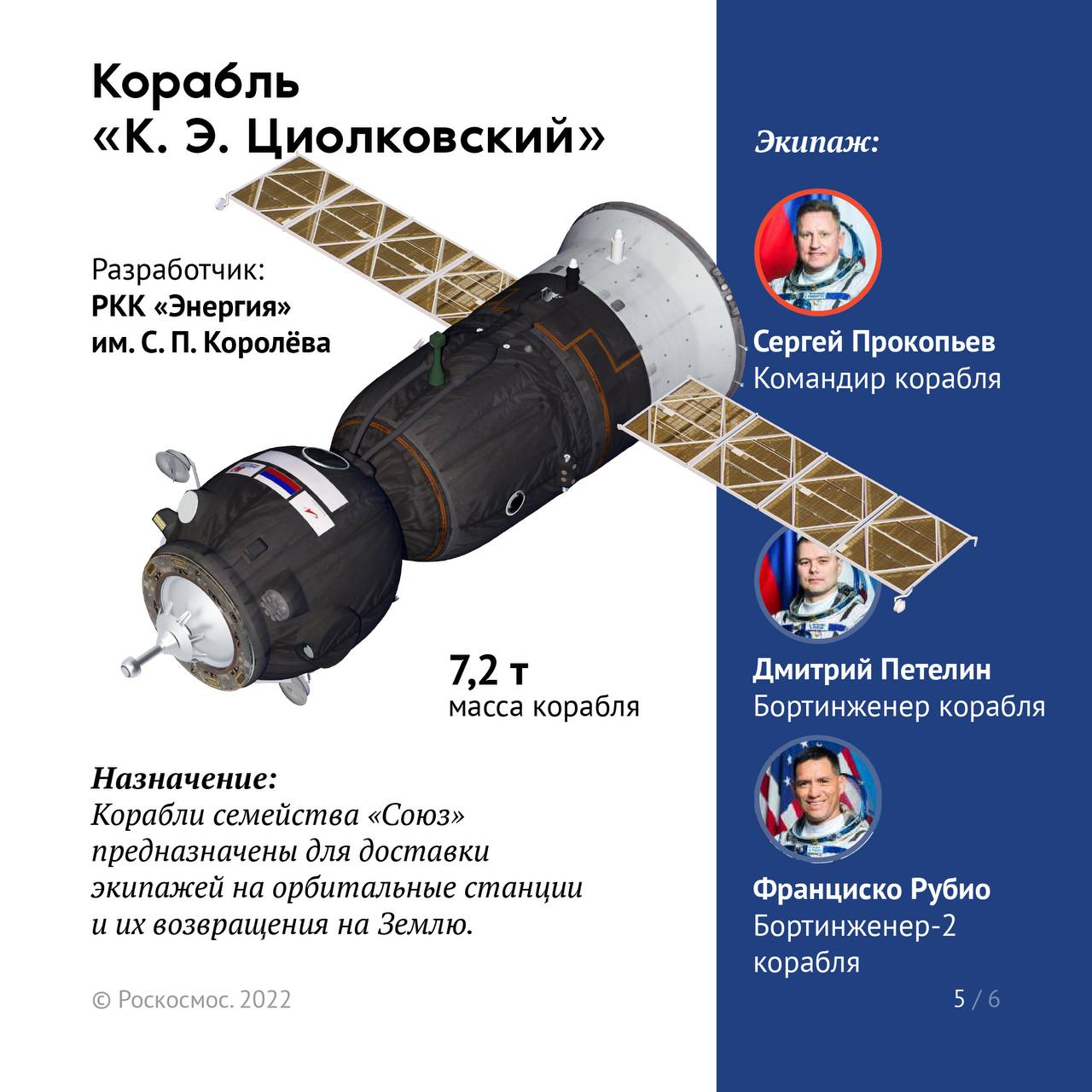 Today, the Soyuz MS-22 spacecraft (also named K.E. Tsiolkovsky in honor of the great scientist’s 165th birthday) was launched from the Baikonur Cosmodrome to the International Space Station with two cosmonauts and one astronaut on board. The launch vehicle “Soyuz 2.1-a” was launched at 16:54:49 Moscow time. The flight to the ISS will follow a two-orbit scheme. The ship is expected to dock at the Rassvet module of the Russian segment of the station at approximately 20:11 Moscow time.

The crew of the ship are cosmonauts Sergei Prokopyev (ship commander) and Dmitry Petelin (flight engineer), as well as NASA astronaut Francisco Rubio (flight engineer 2). According to the plan, their space trip should last 188 days – until March 28, 2023. At this time, it is planned to conduct 49 scientific experiments under the Russian program. This is the first crossover flight with the US. Also, the ship will deliver about 120 kg of payloads.