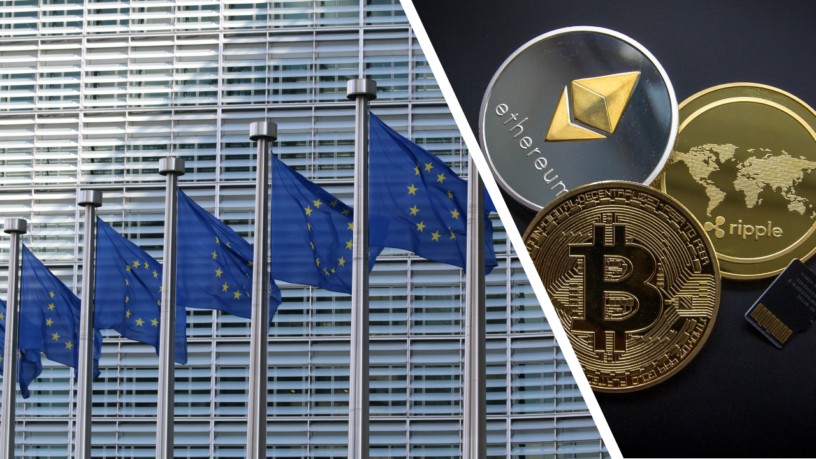 The European Commission’s proposal to tax cryptocurrencies, which could be passed as early as this week, suggests that taxes on cryptoassets will help raise up to an additional 2.4 billion euros ($2.5 billion). The proposal, which the Commission plans to adopt this week, purports to close the “regulation gap” and eliminate tax evasion opportunities for crypto investors, as well as ensure that EU member states avoid budget deficits due to low tax collection.

Crypto service providers in the EU will have to report to national tax authorities, according to the draft, which defines crypto assets as “issued in a decentralized manner, as well as stablecoins and certain non-functional tokens.” For the rules to apply, the crypto asset must be used as a means of payment or investment, with possible exceptions for “restricted network and certain utility tokens” (whatever that means).

A European Commission spokesman told The Block he could not confirm or deny any of the details in the document.

Defining a taxable event in the cryptocurrency markets is likely to remain challenging as negotiations over the proposal develop within the EU institutions. However, by specifying service providers in the directive, the authorities will have easier access to the necessary information about users of cryptocurrencies, as the Commission seeks to minimize the “administrative burden” for the industry.

Since the proposal is a directive and not a regulation (as is the case with tax matters in the EU), Member States will be free to decide how to implement the provisions. It also complies with internationally recognized reporting standards for the taxation of cryptocurrencies, as defined in a report by the Organization for Economic Co-operation and Development published in October this year.

The draft proposal includes crypto assets in a series of EU directives on administrative cooperation, which describe how member states should communicate and exchange certain information among themselves for tax purposes. Since direct taxation policies have not yet been harmonized across the economic bloc, tax reporting directives make it harder for citizens to evade taxes in other countries.

The document indicates that some rules will begin to apply as early as 2025, and most will come into force in 2026.