The electric version of the Maruti Jimny will run up to 400 km on a single charge! 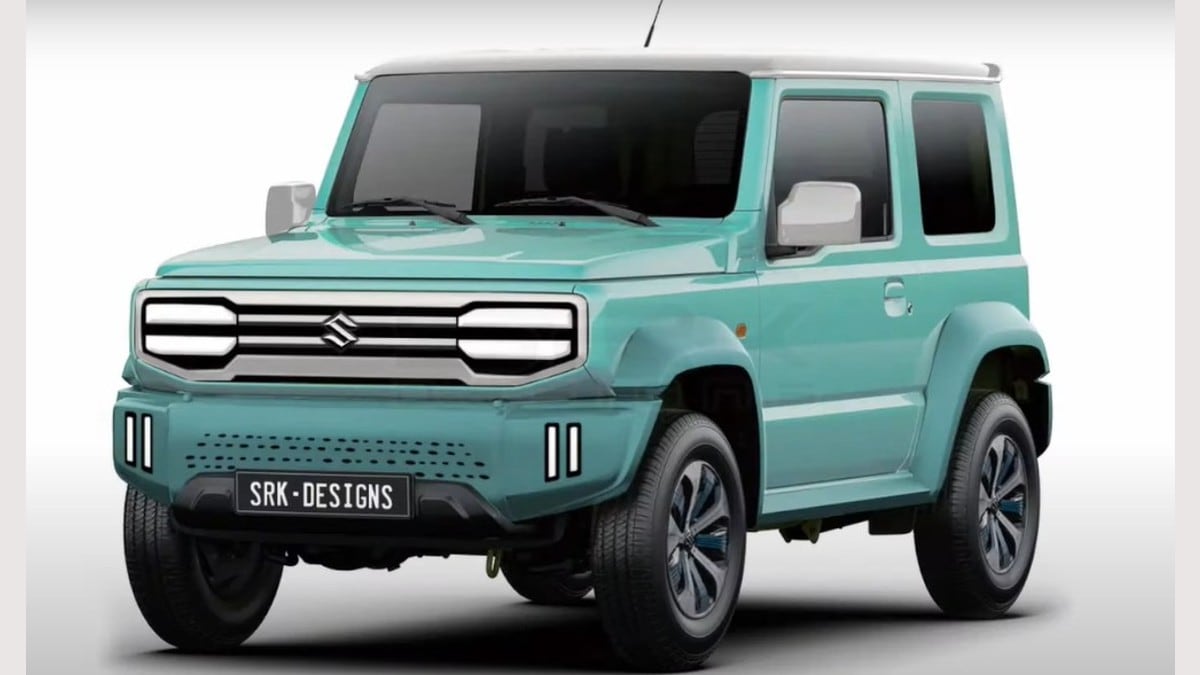 Suzuki Jimny is one of those SUVs that are very popular around the world. Looking compact in size, this SUV is a powerful vehicle for the off-road. Waiting for this SUV in India but when it will arrive, nothing can be said for sure. Meanwhile, the electric version of the Suzuki Jimny has also been revealed.

Don’t be surprised, the electric version of the Suzuki Jimny hasn’t surfaced on the road, but a render has surfaced on social media. The designers have designed its electric version with mind-blowing imagination and computer skills. The digital render of the Suzuki Jimny has been prepared by SRK Designs, in which the four wheeler has been given a great look. A video of this has also been shared on YouTube. Looking at the video, it is known that many changes have been made in the body of the SUV for its electric version. However, only its front side is visible in this render.

Looking at the renders of the Suzuki Jimny Electric SUV, it is known that it has been given twin LED bars. Whereas traditionally these are halogen lamps of circular retro shape. At the front, the company logo has been fitted in the center of the close-off grille instead of the five-slat grille.

It can be seen in the SUV render that the front bumper has been re-profiled. It gets a redesigned skid plate and vertical LED elements on both the sides of the bumper. The side profile of the vehicle is similar to that of the 3-door international model with flared wheel arches. The designers have given alloy wheels in it and it looks quite premium from their design. The roof of the vehicle has been kept flat and the wing mirrors have been painted gray which makes the overall styling look a bit different.

Its range can be from 300 to 400 km, it is said. Even though the render has created curiosity in the minds of its fans, but the Japanese company is not giving any indication of bringing its electric version yet. If this SUV comes in the electric version, then no other electric car will be able to compete with it. Provided that Mahindra does not launch the Thar Electric.