The court strongly reprimanded the metropolitan bodies for potholes on the roads, said – repair work should be done soon 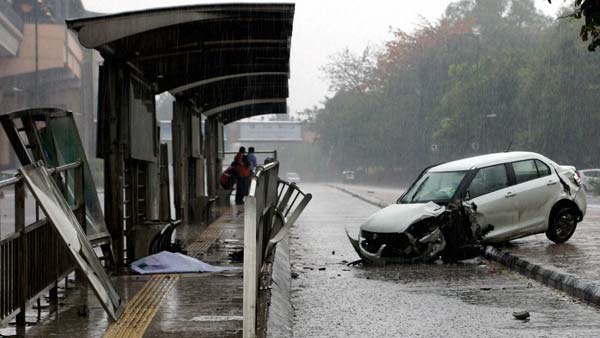 The Mumbai High Court has directed the BMC to prepare a roadmap to fill potholes on 20 worst-hit roads in the Mumbai metropolis. The Mumbai High Court has said that the work of filling the roads should start within a week. Commenting on the dilapidated condition of roads in Mumbai, the Court observed that BMC is a resource-rich municipality. They should spend the tax money for the benefit of the society. The court has directed the BMC to start repairing the damaged roads at the earliest.

At the same time, the Bangalore Municipal Corporation (BBMP) has also been given strict instructions by the Bangalore High Court. The High Court gave a final warning to the BBMP and ordered to fix the time limit for the repair of the roads. The court, while making a strong comment on the matter, said, “BBMP should tell by when they will complete the work of filling the potholes on the roads.”

The Bengaluru High Court also slammed the BBMP for hiding the pothole figures and reporting the wrong figures. The BBMP had told the high court that there were only 221 potholes on the city roads. To this, the court reprimanded and said that the BBMP should share the data honestly. After the court’s stern remarks, the BBMP admitted that there are more than 25,000 potholes on the roads of Bengaluru.

Poor construction quality of roads and lack of maintenance are the main reasons for the formation of potholes on the roads. According to a report by the Ministry of Transport, between 2018 and 2020, there were many accidents across the country due to potholes in which a total of 5,626 people lost their lives.

In the Road Accidents Report (2020), overspeeding was cited as the main cause of accidents. Over speeding caused 69.3% of accidents, while driving on the wrong side caused 5.6% of accidents.