The countdown has begun: users of Windows 8.1 began to receive messages about the imminent “death” of the OS 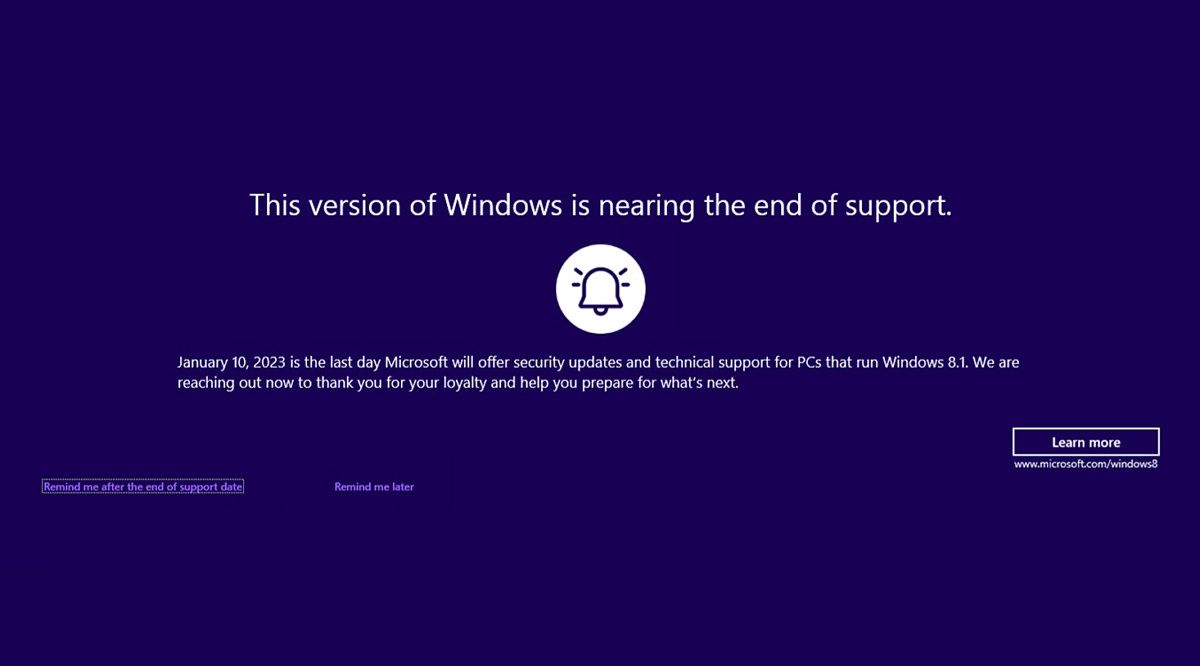 Microsoft is preparing to end support for the Windows 8.1 operating system. although this will only happen on January 10, 2023, until then, the system will display messages about the imminent cessation of updates and will begin to offer a transition to a newer OS.

In addition, Microsoft announced that on January 10, 2023, the Microsoft 365 cloud system, which includes Word, Excel, PowerPoint, Outlook, Teams, OneNote, Visio and other applications, will stop working on Windows 7, Windows 8.1 and Windows Server 2008 R2 .

While Microsoft 365 Apps was no longer supported on the above operating systems, they still received security updates through the ESU program that customers paid for. This program is also ending for these operating systems just on January 10, 2023. In addition to losing access to security updates, the ability to install applications on Windows 7, Windows 8.1, and Windows Server 2008 R2 will be blocked.

As for the Windows 8.1 OS itself, it will be possible to use it after January 10, but there will be no security updates to it. Also note that in July 2023, the Metro app store for this system will stop working.