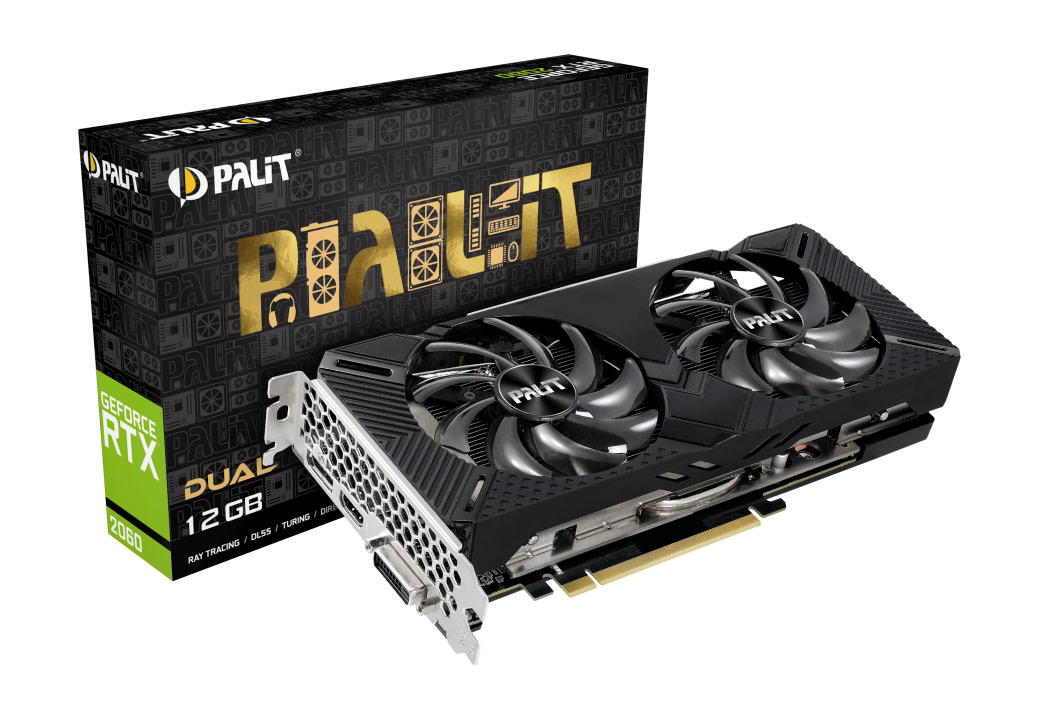 Palit Microsystems, which calls itself the largest partner of Nvidia in the production of video cards, introduced the GeForce RTX 2060 Dual and GeForce RTX 2060 Dual OC models with 12 GB of memory. As is known, these are improved versions of the famous model built on the Nvidia Turing architecture. They differ from the original version in the increased number of CUDA cores and doubled the amount of memory. The cards support Nvidia DLSS, Nvidia Reflex, real-time ray tracing and many other modern technologies. Contrary to the letters of the OS in the name, usually indicating factory overclocking, in both cases the base frequency is 1470 MHz, the increased one is 1650 MHz. GDDR6 memory communicates with the GPU over a 192-bit bus, transferring data on each line at 14 Gbps.

The cooling system design for the new graphics cards includes two 90mm fans. The mounting plate has a Dual-Link DVI-D, HDMI 2.0b and DP1.4a video outputs connector. The card measures 235 x 115 x 40 mm and occupies two slots in the PC case. It consumes 184 watts. It has one 8-pin PCIe auxiliary power connector.