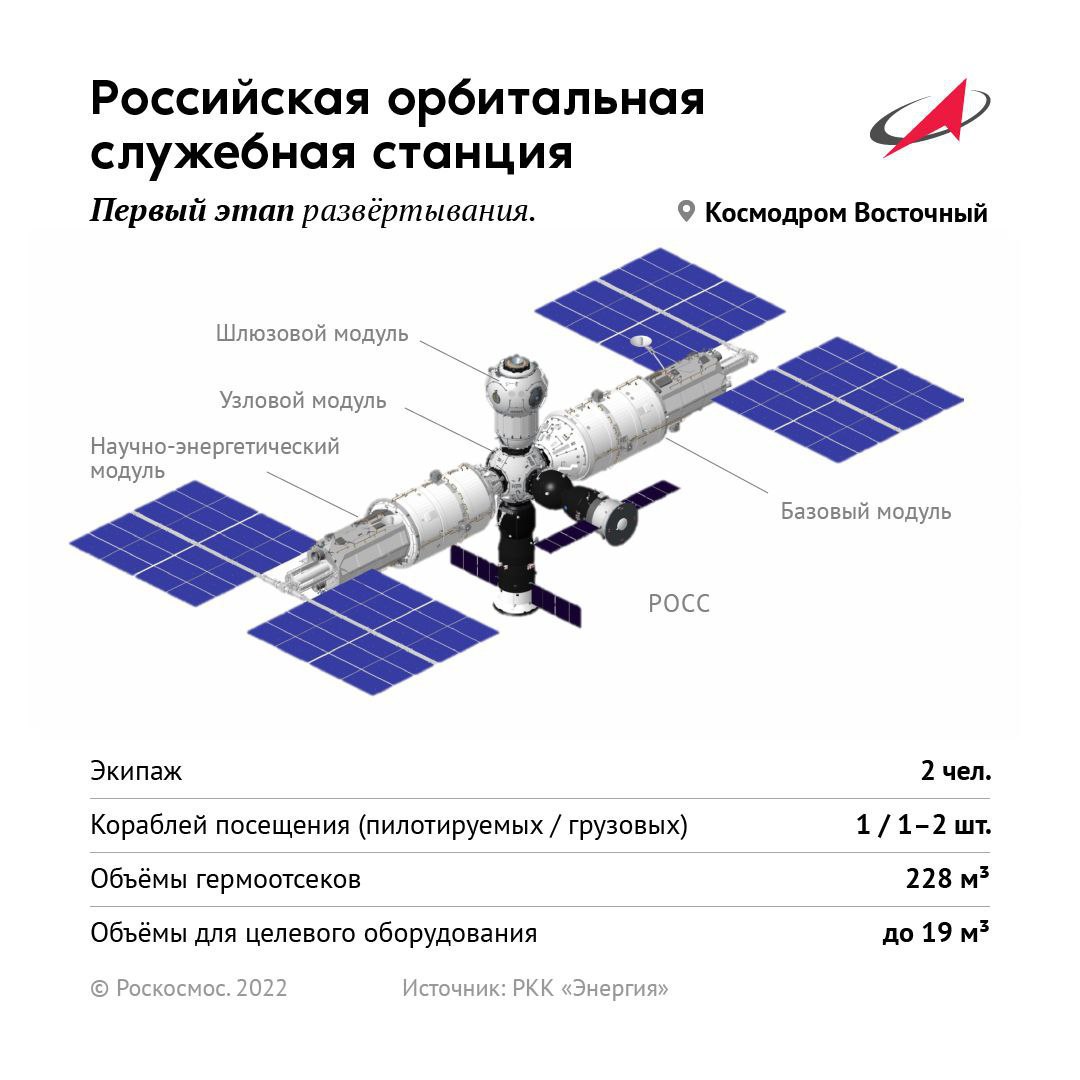 Today it became known that Russia will withdraw from the ISS project after 2024 (Roscosmos has government permission to work on the ISS project until 2024), and what will happen over the next few years with the Russian manned cosmonautics is not entirely clear, since the construction of the national orbital station will begin only in 2028. Vladimir Solovyov, Chief Designer for Manned Space Systems and Complexes of the Russian Federation, Chief Designer of the Energia Rocket and Space Corporation, spoke about this in an interview with Russian Space magazine in an interview with Russian Space magazine.

“We propose to build it in two stages. If the decision on its construction is made before the end of the year, then the first stage will begin in 2028 with the launch of the scientific and energy module by the Angara-A5M launch vehicle.“, – he said.

According to Solovyov, the NEM will need to be equipped with various systems, including a gyrodin block (devices used for high-precision stabilization and orientation of spacecraft), in order to be able to use it for several years as the main module. To it, on the Angara-A5M rocket from the Vostochny cosmodrome, the nodal and gateway modules will be launched in one bundle.

“The node module is equipped with six docking nodes. It will be almost similar to the Prichal node module, which was delivered to the ISS last year. The gateway module provides the ability to exit from it for work in open space. After docking in 2028, the node module will be able to send the first crew from Baikonur on a Soyuz-2.1b launch vehicle on a Soyuz-type spacecraft. He will be able to reopen the station and start the first research and experiments“, – said the head of the flight of the Russian segment of the ISS.

As the general designer pointed out, upon the return of the crew to Earth, the ROSS will operate in automatic mode. Then the base module of the same standard size as the NEM, with the same powerful solar panels, should arrive at the station. “A set of batteries placed on the NEM and the base module will make it possible to generate electrical power up to 55 kW, which will provide a good energy potential sufficient for various, including energy-intensive, radar observations and experiments.“, – said Solovyov.

In the base module, most likely, as in the NEM, two cabins and a toilet for astronauts will be installed. This will create comfortable conditions for a crew of four. In this case, the ROSS will reach a mass of about 55 tons and will have a sealed volume of 217 cubic meters. m. The first stage is completed by 2030. “We assume that at the beginning of construction, crews will visit the ROSS twice a year, cargo will be delivered by cargo ships of the Progress series launched by Soyuz-2.1b launch vehicles”, – concluded the General Designer of RSC Energia.