The company has started production of the new Volkswagen Virtus, will soon be launched in the Indian market 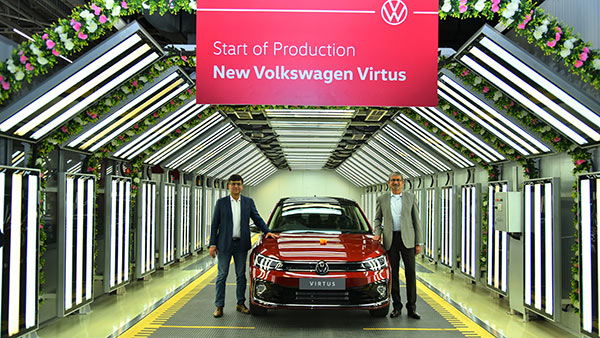 The company started its booking as soon as it was introduced. While it is believed that the price of Volkswagen Virtus in India will be announced around May 2022, now the German car company has started production of this sedan at its Chakan plant.

The Volkswagen Virtus is built on the company’s MQB A0 IN platform, which has up to 95 percent localization levels and will be exported to other markets as well. It is the same platform on which the Volkswagen Taigun, Skoda Kushaq and Skoda Slavia are built.

Ashish Gupta, Brand Director, Volkswagen Passenger Cars India said, “The new Volkswagen Virtus is a unique offering that brings innovation and excitement to the premium mid-size sedan segment. The overwhelming response to the world premiere has further boosted our confidence. “

He further added that “The new Volkswagen Virtus has been built to perfection for the aspiring Indian customer and with the commencement of production, we look forward to introducing the striking, exhilarating and German-engineered sedan to the Indian market at the earliest.” “

Let us know that the company will launch the Volkswagen Virtus in the market with 1.0-litre and 1.5-litre turbocharged petrol engine options. Its 1.0-litre TSI petrol engine churns out 113 Bhp of power and 178 Nm of torque. It will get a 6-speed manual gearbox and a 6-speed automatic gearbox.

On the other hand, the second engine is a 1.5-litre turbo petrol engine, which provides 148 bhp power and 250 Newton meter torque. This engine can be given the option of the company’s 6-speed manual gearbox or 7-speed DSG automatic gearbox.

Apart from this, it gets automatic AC, rear AC vents, ventilated front seats, automatic headlights, keyless entry, rain-sensing wipers and many other features. The sedan will get LED headlamps and an 8-speaker sound system as standard across the range.