The company did a temperature test by running Ultraviolet F77 in the sun, will be launched this year 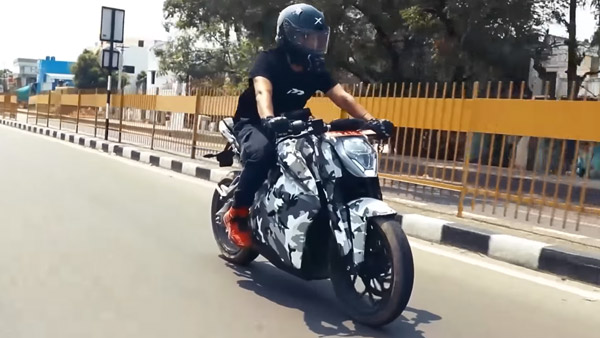 To test the bike’s high temperature tolerance, it was driven at a temperature of 40 degrees in Vellore, Tamil Nadu. During testing, the bike was driven on the highway, and also in mountainous roads. The bike’s capabilities were thoroughly tested, so the testing team wanted it to be driven at the hottest temperatures in real conditions.

Temperature sensors were installed in many places in the bike to measure the temperature of the bike’s battery and other equipment. The bike covered a distance of 20 kms in about 1 hour and 15 minutes, which found that the current temperature of the cell is 39 degrees while the maximum was 41 degrees. The bike was driven for a total of 6 hours in several intervals in which it was revealed that the temperature of its battery did not go above 41 degrees. There was no overheating or any technical issue during testing, due to which the bike did not stop anywhere in the middle.

F77 deliveries will start this year

The company is planning to start deliveries of Ultraviolette F77 later this year. The Bengaluru based bike maker launched it in the year 2019 at a price of Rs 3 lakh (ex-showroom). The price of its higher variant goes up to Rs 3.25 lakh. The company will make it available in three variants – Lighting, Shadow and Laser.

F77 is the fastest electric bike

Ultraviolette F77 is the fastest electric bike in India. Its top speed is up to 150 kilometers per hour. At the same time, it accelerates from 0 to 100 kilometers per hour in just 7.5 seconds. It can be driven up to 130-150 km on a full charge. The electric motor in the bike generates 33.5 bhp power and 90 newton meter torque.

With this bike, the company is also providing support for fast charging. With the fast charger, the F77 can be charged up to 80 percent in just 30 minutes, while it takes 50 minutes to charge 100 percent. With a normal charger, this bike gets fully charged in 5 hours.

Even after three years of launch, the company is still testing this bike. The bike maker says that it will be delivered to the customers only after the product has been successfully tested and tested. Let us inform that in the last one month, more than half a dozen cases of fire in electric scooters have been reported. This includes scooters from companies like Hero Electric, Ola Electric, Okinawa, Pure EV.