The color of Jujutsu Kaisen will be on the BGMI, along with the new Santorini map 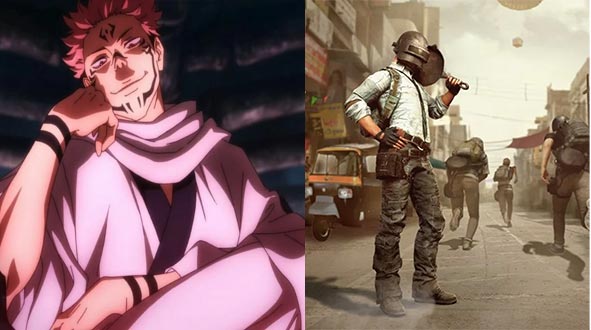 The trend of collabs in mobile games with popular TV series and movies has been going on for a long time. In this episode, Battlegrounds Mobile India (BGMI) is now bringing elements of the hit anime-series Jujutsu Kaisen in its new update.

The BGMI 1.8.5 update will be released in February. The game developer has shared the trailer of this version, which shows the characters and other elements of Jujutsu Kaisen. Let us know about this update in detail.

The characters from Jujutsu Kaisen will be present in BGMI’s Erangel Map. These include the four special characters of the series Itadori Yuji, Gojo Satoru, Fushiguro Megumi and Kugisaki Nobara. BGMI players will be able to play Jujutsu Kaisen Theme Mode in rank matching.

You’ll find treasure boxes locked in Erangel and Livik, which contain great loot and more for your use. Players can summon bosses with the help of Skull Grenades, defeating which you will get great items.

A new 8×8 arena map Santorini is being added to the BGMI 1.8 Update. The map was designed on the basis of Santorini Island, which is known for its white houses with blue roofs. Here they will be given blue and red clothes to differentiate the teams. In the rest of the Arena match, the one who scores 40 points in 10 minutes becomes the winner, but Santorini wins on 80 points.