The classic frame Land Rover Defender is back on the conveyor 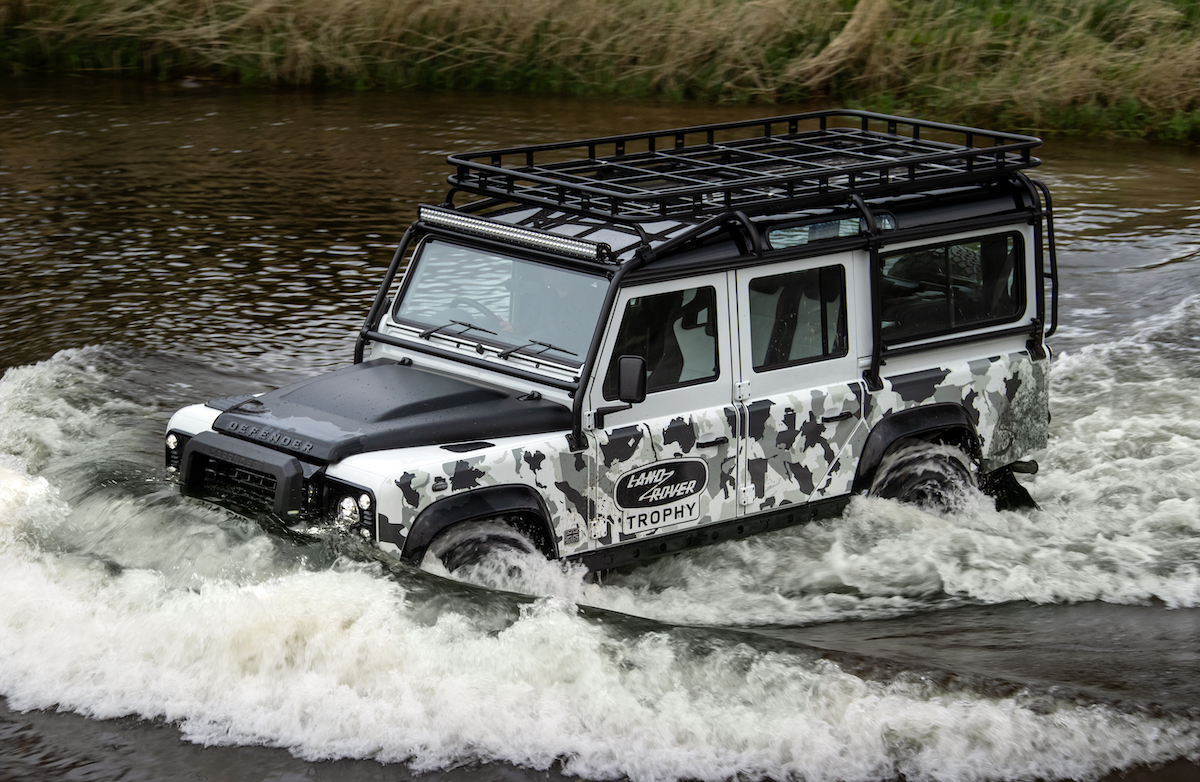 A total of 25 such SUVs will be produced, each of which costs 225 thousand pounds. This is three times the initial price of the modern Defender, which is offered at a price of 67.7 thousand pounds.

The production of the frame Land Rover Defender ceased six years ago, but in 2021 the company released a limited batch of such SUVs in the Works V8 Trophy version: 25 cars were sold out in three days. A year later, the automaker decided to introduce the Works V8 Trophy II special series.

The car is based on the stock version of the Defender, which was produced from 2012 to 2016. The original turbodiesel engine has given way to a 5-liter naturally aspirated V8 that develops 405 hp. The motor works in conjunction with an 8-speed hydromechanical “automatic” ZF and a two-stage transfer case. A center differential appeared, the suspension and steering were modernized, the braking system was strengthened.

The special version can be distinguished by its camouflage pattern: the pattern is made up of the contours of countries and continents. There were power thresholds without running boards and 18-inch black wheels. There is also an expeditionary trunk, an additional lighting unit, a winch and a towing loop at the back.