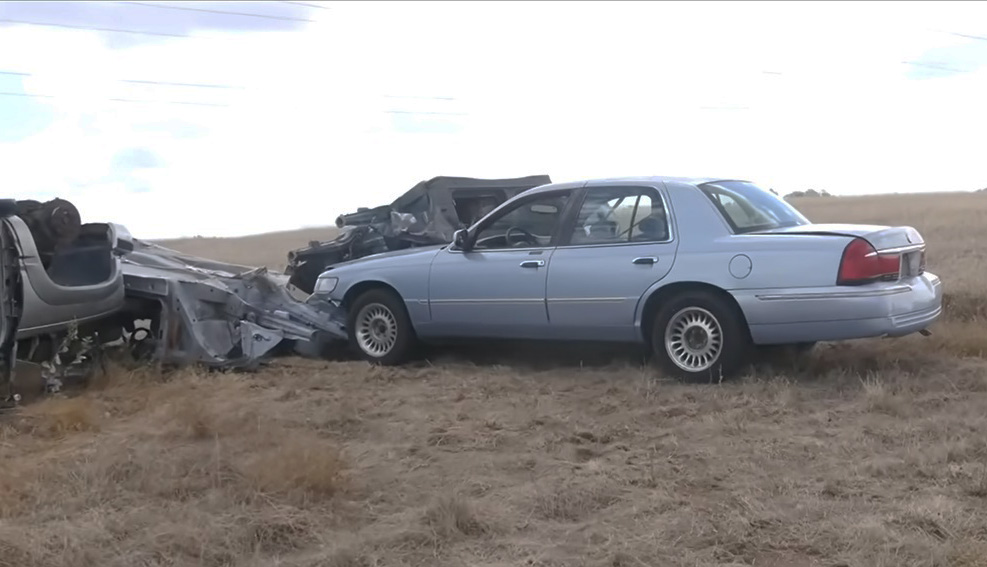 One of the new interesting features of the iPhone 14 was the system for automatically detecting accidents and subsequent communication with emergency services. During the announcement, Apple talked a lot about it, but now a blogger in the US decided to test the system in real conditions.

He took an old Mercury sedan with a remote accelerator control system and installed several carcasses of other cars in the car’s path. The iPhone 14 Pro was taped to the headrest. In two cases out of two attempts, the system worked as it should: the phone turned on the siren, a dialogue appeared on the screen for contacting emergency services to call for help. Within 10 seconds – if everything is in order with the driver and passengers – the dialogue can be stopped.

It should be noted that the system does not work immediately after an accident, but within a few seconds, but in general, the blogger had no questions about its work.