The blogger built a gaming computer into the toilet to play Counter-Strike: Global Offensive on it 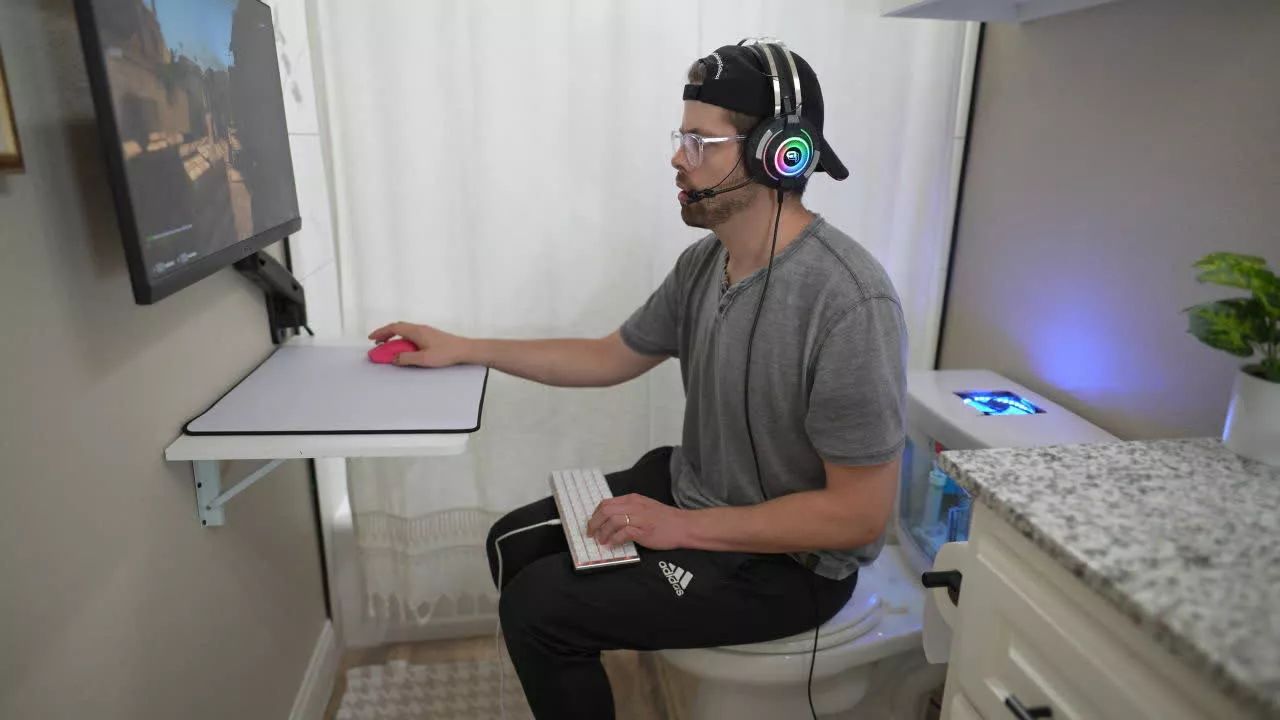 Modern gaming systems allow you to run games not only at home, but also on the street. This is implemented by powerful gaming laptops, portable consoles and smartphones. However, enthusiasts sometimes create original solutions that no company has come up with.

A blogger named Basically Homeless recently turned his own toilet into a gaming computer, and its basic functionality was not violated. To do this, he built a backlit gaming system into a porcelain toilet bowl, and built a cooling fan into the top cover.

The configuration uses an Intel Core i7-12700 processor, a Z690I Unify mini-ITX motherboard, 64GB of G.Skill Trident Z5 RAM, and an Asus-made Nvidia GeForce RTX 3060 graphics card. An MSI Optix monitor with a frequency of 240 Hz was placed on the wall. On this system, the author was able to play Counter-Strike: Global Offensive on a computer.

“Now I know more about plumbing than I ever thought I knew.“, – the author specified.

And earlier another blogger leaked the console version of STALKER: Shadow of Chernobyl.