Apple AirPods 3 have received significant changes from their predecessors: a new dynamic driver with low distortion allows you to clearly hear the entire spectrum – from deep bass to high notes. The headphones support spatial audio, and an adaptive equalizer collects data from inward-facing microphones to tailor the sound to your ears. 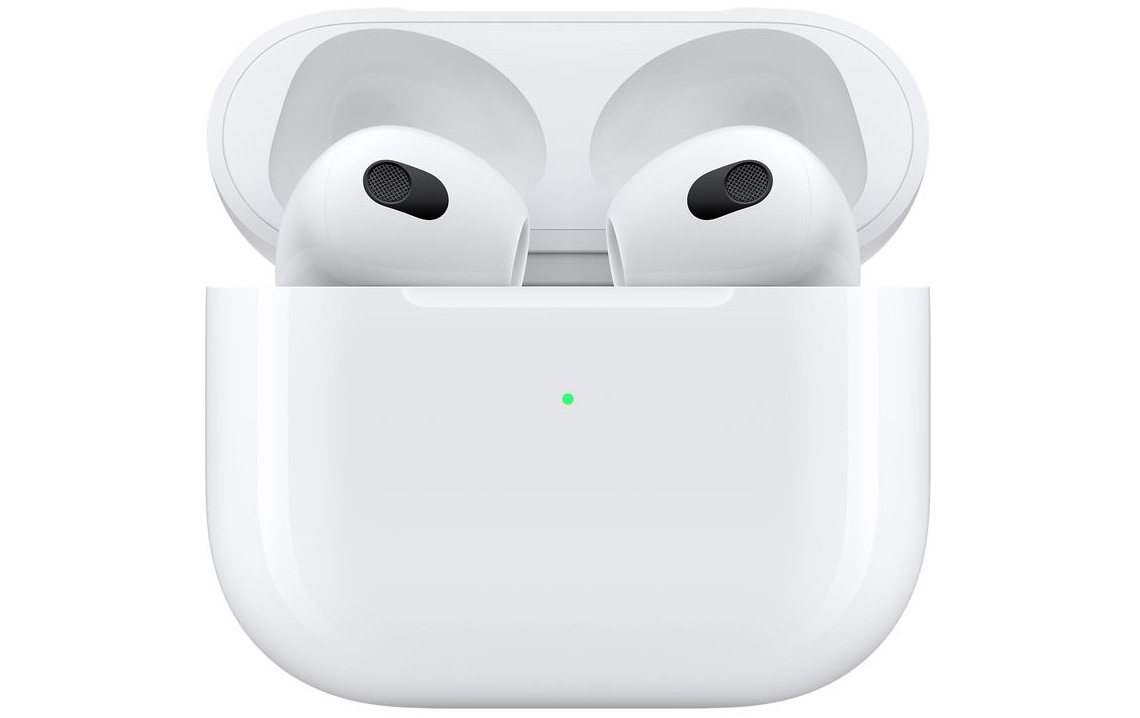 In terms of design, the company reverted to the in-ear form factor, which is considered safer than in- ear headphones . However, according to user reviews, they have a comfortable fit, the headphones hold well and do not fall out of the ears.

Autonomy has become better: from one charge the device will work up to 6 hours, when charging from a case – 30 hours. For example, AirPods Pro had these rates of 4.5 and 24 hours, respectively. The level of moisture protection has remained the same – the headphones are not afraid of training and rain, but it is not recommended to swim in the pool with them. By the way, now not only the earbuds themselves, but also the case have received protection according to the IPX4 standard . Among the shortcomings – the device does not have noise cancellation, for which everyone is so fond of “proshki”.

Since in terms of design, all headphones look plus or minus the same, Samsung decided to play with color: the vacuum Galaxy Buds2 were released in white, black, olive and purple colors. In addition, the case has become two-tone: the outside is still white, but the inside is painted in the color of the headphones. It turned out stylish and unusual.

Due to the design, the device fits snugly in the ears and does not fall out. The set includes three pairs of silicone pads so that you can choose the right one according to the size. 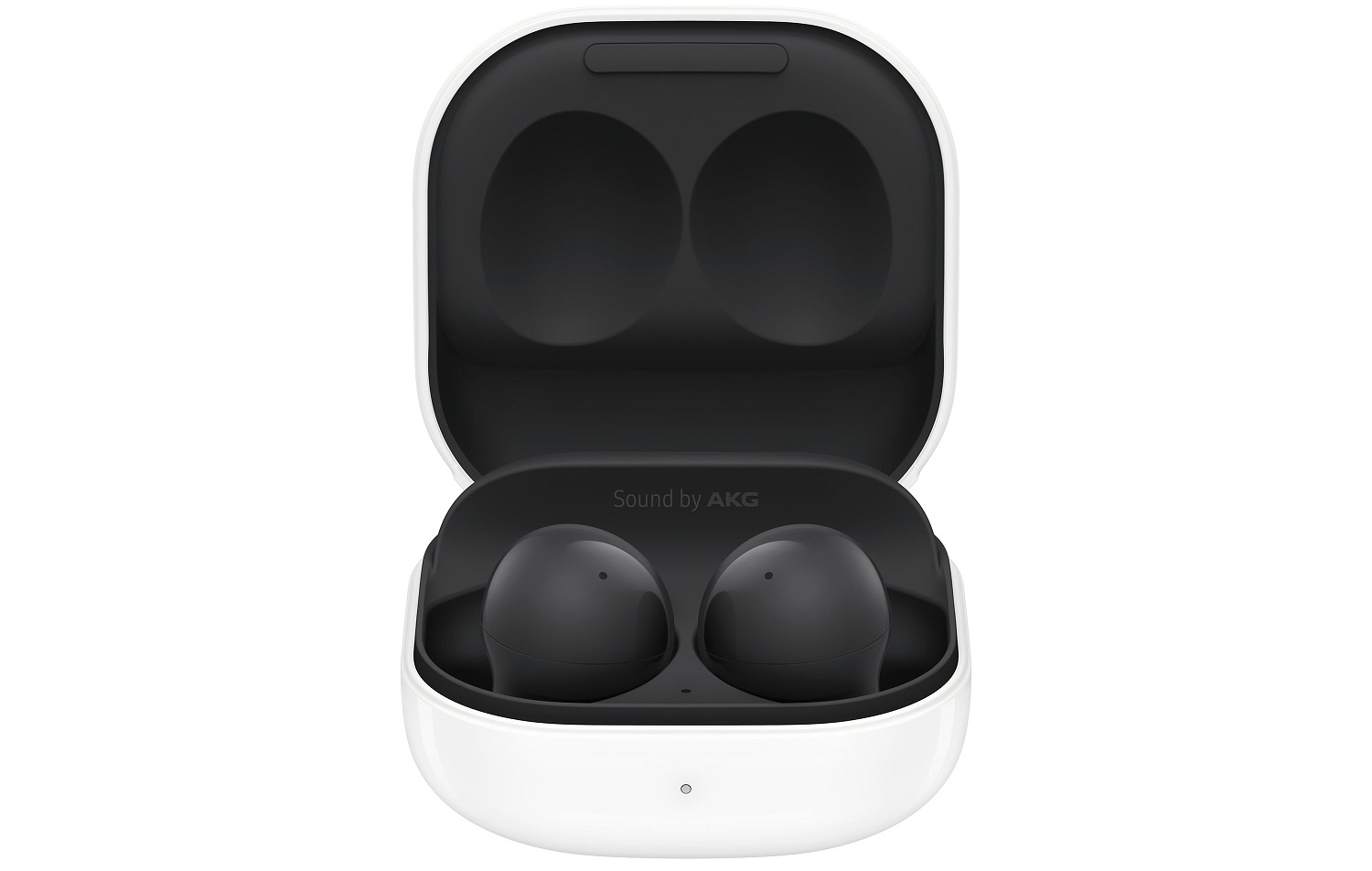 As for the sound, it is balanced and rich, even the bass is well heard, which is still a rarity for wireless devices. The proprietary Galaxy Wearable app provides an equalizer for fine-tuning the sound: you can add bass or treble in it, as well as select one of several preset modes.

Among the advantages of Galaxy Buds2, we also note active noise cancellation, of the shortcomings – there is only protection against splashes according to the IPX2 standard, while in the Galaxy Buds Pro – according to IPX7. As for the autonomy, the headphones work up to 7 hours without using noise reduction, and 5 hours with ANC.

The top version of Xiaomi Redmi Buds 3 Pro boasts a low audio latency of 69 ms; the ability to connect two devices at the same time and the long-awaited function of active noise cancellation, which allows you to reduce the level of external noise up to 35 dB, which is equivalent to a muffled conversation.

Despite the fact that this model is significantly more affordable than the same Apple AirPods 3 and costs about 5 thousand rubles, its sound is good – low frequencies are at the level, the separation of instruments and vocals is clearly heard. 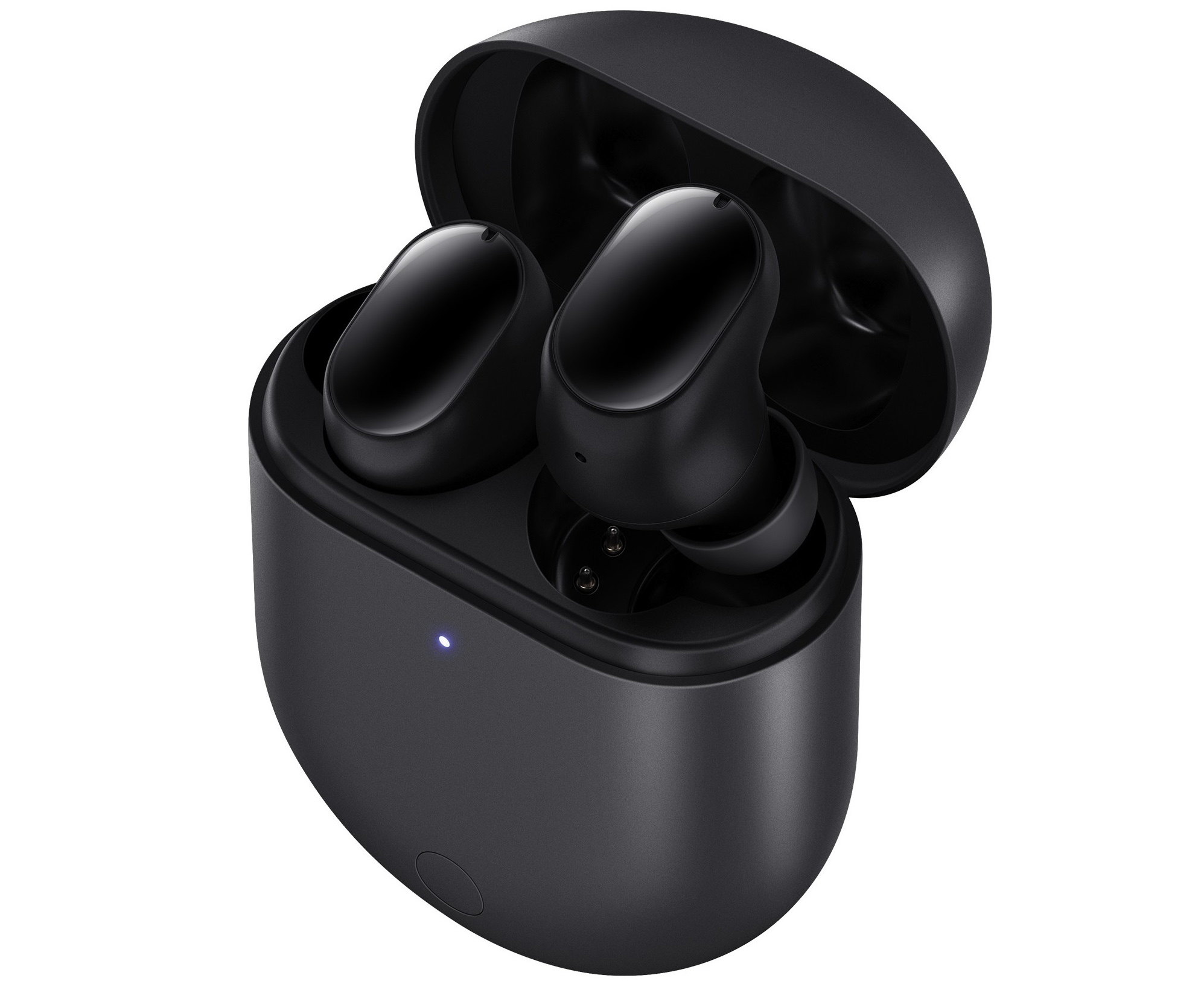 The autonomy of the headphones is 6 hours (4 hours with ANC). A full charge takes approximately 2.5 hours or 5 hours over Qi wireless. At the same time, three minutes in the case will be enough to listen to music for another three hours. The headphones are protected from water according to the IPX4 standard – you shouldn’t swim in them, but they are not afraid of splashes and sweat.

The realme Buds Air 2 Neo in-ear headphones stand out for their unusual design. On the outside there is a gradient touchpad – it looks nice and is used for audio control. Thanks to the form factor, the model fits snugly in your ears and does not cause discomfort. By the way, there is also protection against water according to the IPX5 standard, so the headphones are not afraid of rain or even a shower. 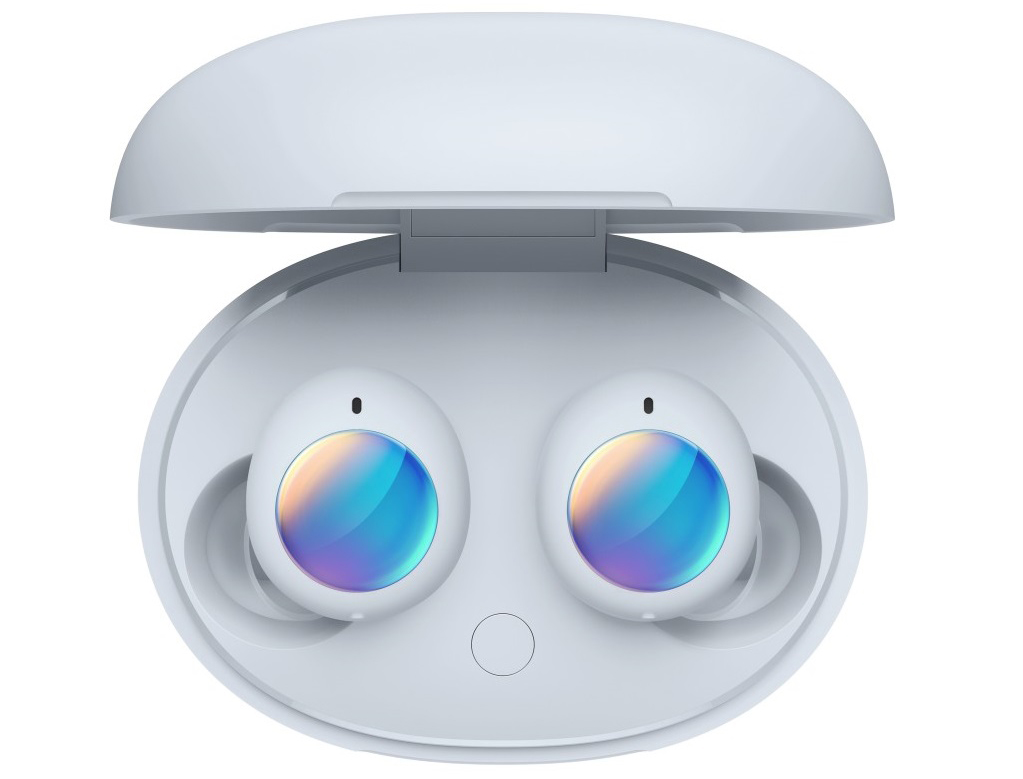 In terms of sound, the device offers dense rich bass, smooth mids and slightly less expressive highs (however, the sound is decent for wireless headphones). Despite the low cost of about 3.5 thousand rubles, the ANC function is implemented here.

On a full charge, the headphones work up to 7 hours or 5 hours with ANC, and 10 minutes at the outlet gives 3 hours of listening to your favorite tracks.

HUAWEI FreeBuds 4 are made in the form of earbuds – this design does not imply silicone ear pads and may not suit everyone, so it is better to try them on before buying. The headphones are practically weightless – each weighs only 4 g, they are comfortable to wear and are completely imperceptible in the ears.

The model is equipped with ANC: each earphone is equipped with two microphones that capture extraneous sounds and neutralize them. Noise cancellation here, of course, is not as effective as in vacuum models, but it still cuts out most of the noise, taking them into the background.

Users praise this model for juicy bass and rich mids. And in the AI ​​Life application, you can “play” with the equalizer – add the same bass or treble.

The autonomy of the headphones will last for 4 hours. If you turn on noise cancellation, then the operating time will decrease to 2-3 hours.

HONOR Magic Earbuds are another in-ear wireless headphones with ANC. Also among the advantages of the device are a comfortable fit, decent sound and a transparency mode in which ambient sounds are amplified.

The control is completely touch-sensitive, as in most models – using the buttons on the body of each earphone. For the initial setup of the headset, you need to hold down the button on the case for a couple of seconds. But if you have a HONOR or HUAWEI smartphone, the connection request appears automatically when you open the charging case. 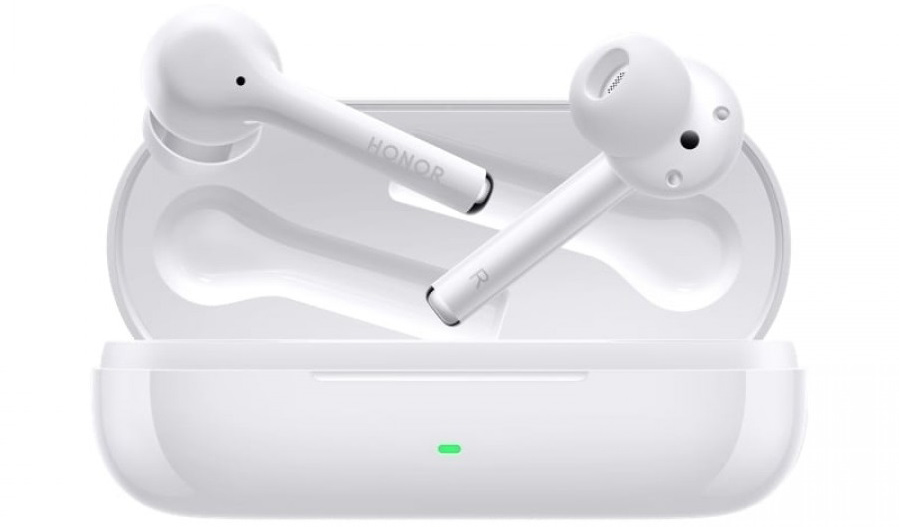 The full-size Sony WH-1000XM4 headphones will not cause discomfort even when worn for a long time: the headband and ear cushions have soft inserts and are covered with eco-leather. Combined with Active Noise Canceling, this headset will be a good companion on long flights and for comfortable daily work.

By the way, the headphones change their settings on their own depending on the noise level of the environment. Also in them you can manually adjust the intensity of the noise reduction and automatically or manually activate the transparency mode. This feature is especially useful for safety in a noisy city if you are used to listening to music on the go. 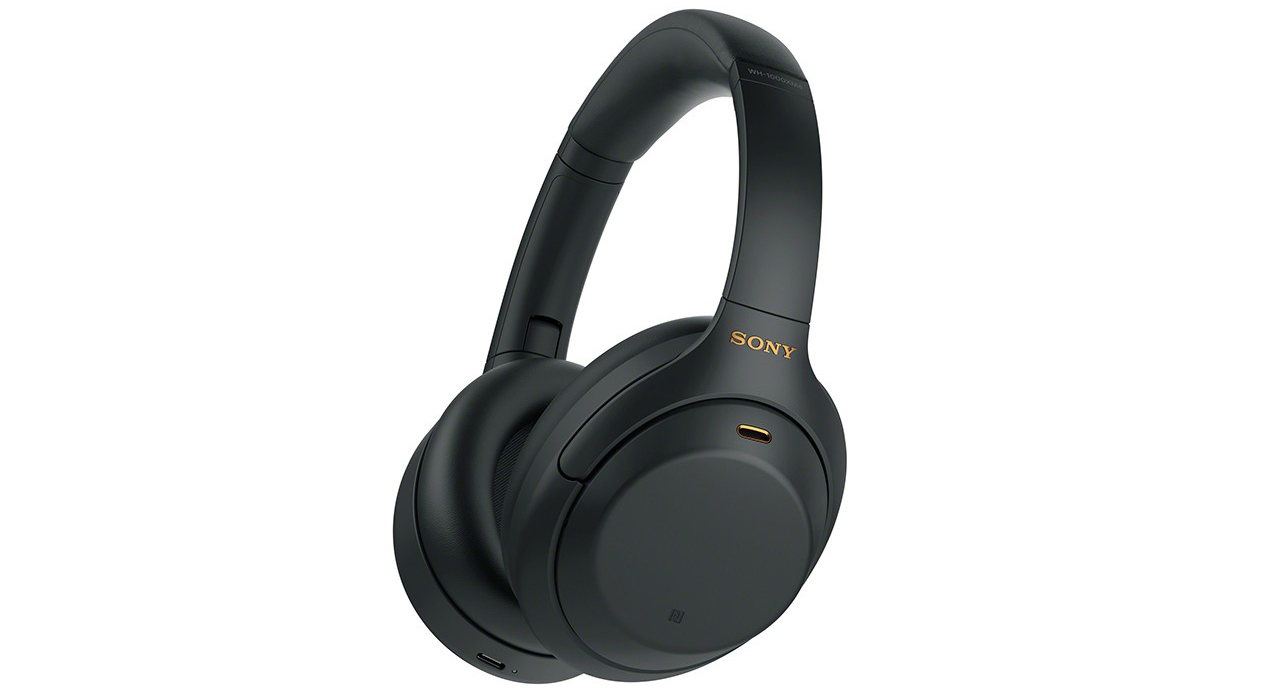 Sound quality is at its best here: smart algorithms Edge-AI and DSEE Extreme restore compressed audio files, so you get clear and powerful sound regardless of the track you select.

You can use the device for 38 hours on a single charge (30 hours with ANC on). After recharging the headphones for 10 minutes, you can enjoy music for another 5 hours. 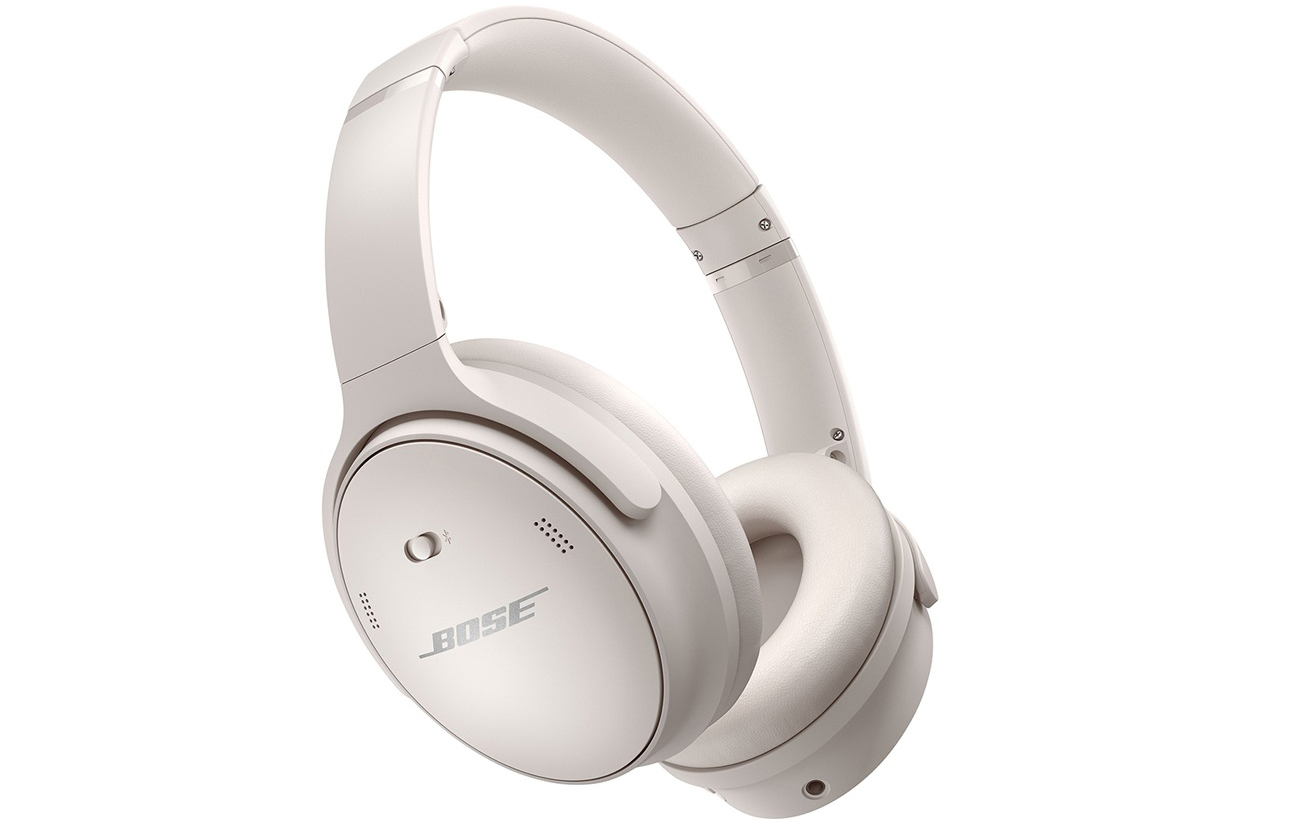 It is comfortable to wear the headphones even for a long time – the headband and ear cushions are made of acoustic foam and covered with soft eco-leather. The control here is mechanical, using buttons on both bowls. There is also an application for smartphones Bose Music, in which you can control playback, select modes, adjust the equalizer, see connected devices and battery power.

Connection to a sound source is possible both via Bluetooth 5.1 and via a wire (a 3.5 mm to 2.5 mm audio cable is included with the headset).

Sennheiser CX TW in-ear headphones will appeal to connoisseurs of branded high-quality sound: there is powerful bass, the sound is clear and balanced. There is no active noise cancellation in them, but the form factor of the headphones already implies enhanced passive isolation. 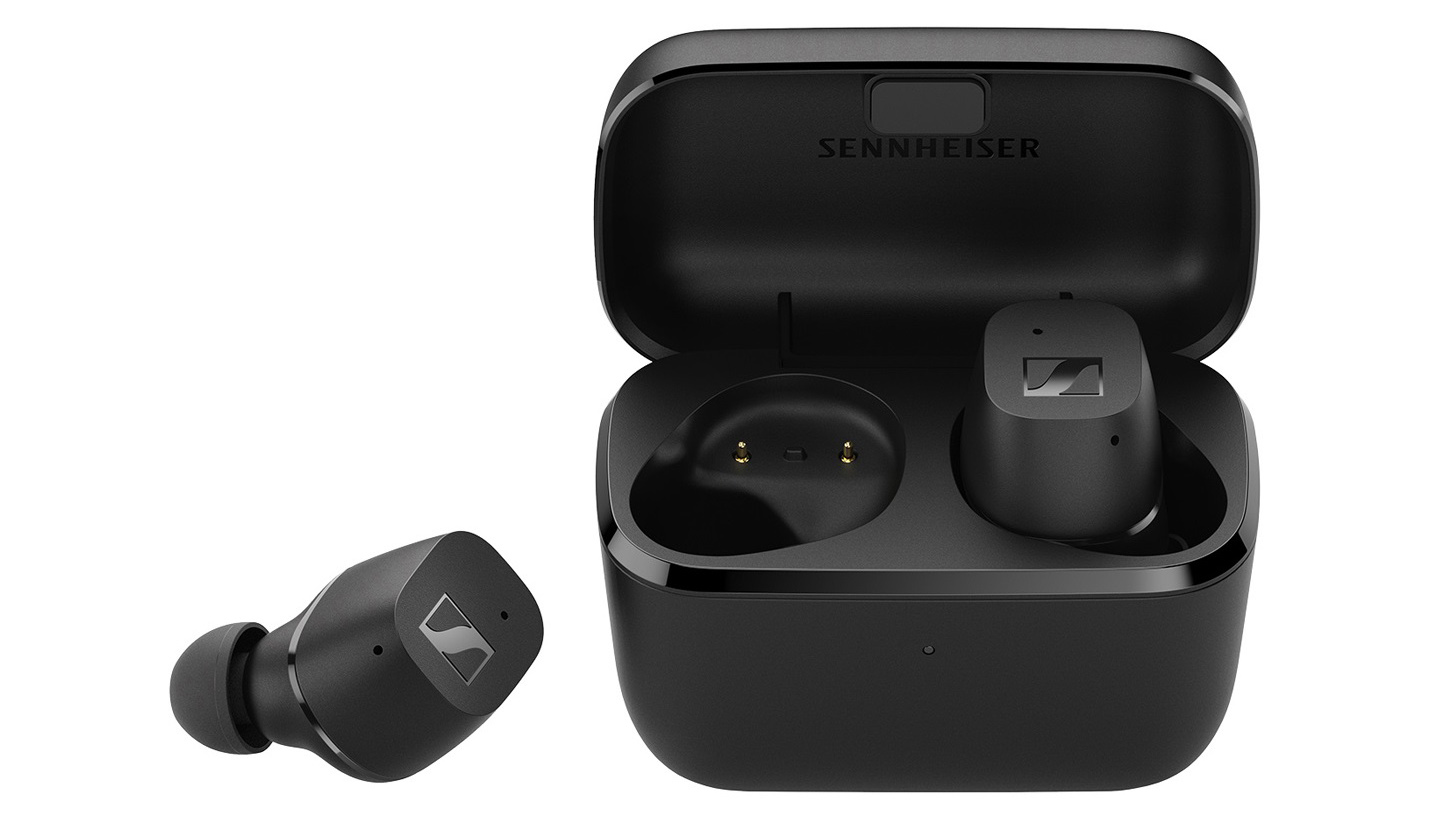 The headset can be controlled using sensors: they correctly recognize both single and double / triple taps. Separately, we note the Sennheiser Smart Control application: it has a dual equalizer (in terms of parameters and a three-band), as well as preset sound modes (for movies, podcasts and other types of sounds).

Autonomy is also at a high level: the headphone charge will last for 9 hours of use, another 18 hours is provided by the charging case. The device can be fully charged in about 1.5 hours. Just 15 minutes at the outlet is enough to listen to music for an hour.

Marshall Major IV are wireless on-ear headphones with high-quality sound and absolutely record-breaking autonomy. The headset is praised for its powerful bass, smooth mids and clear highs. On a single charge, the earbuds work as much as 80 hours (the autonomy of the previous generation was 30 hours). At the same time, it takes about 3 hours for a full charge cycle, which is not so much compared to the operating time.

Plus, with fast charging, you can recharge the battery in 15 minutes and get 15 hours of headphone use – an astounding result. Theoretically, if you put the headphones on charge for 10-15 minutes every time before leaving the house, they will not be discharged during the day. The model also supports wireless charging by analogy with TWS – just put the right ear cup on the charger.

Among the shortcomings, we note the weak sound insulation (a feature of the form factor), as well as the absence of a proprietary application and a carrying case – given the folding design, it would not be in the way. 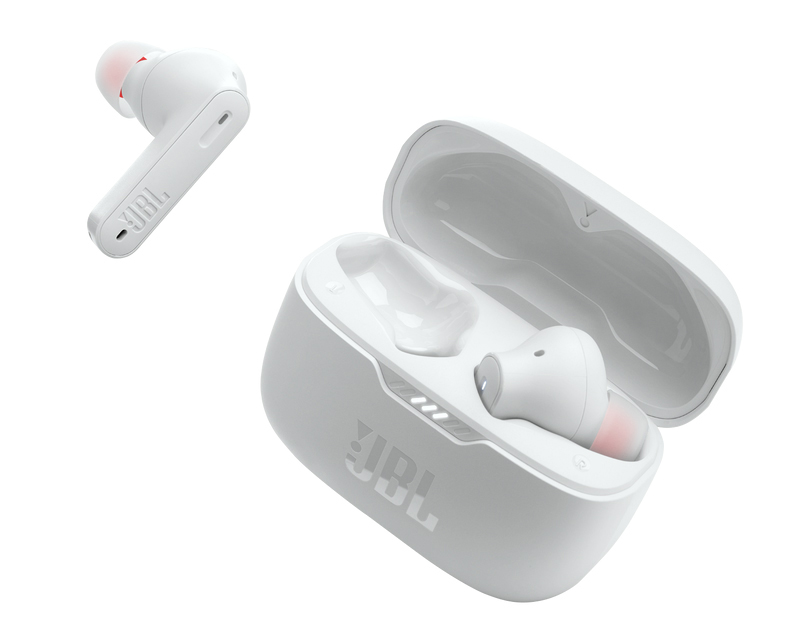 To isolate external sounds as much as possible and ensure a comfortable fit in all ears, the headphones come with various sizes of silicone ear cushions. The headset housing is IPX4 water resistant, so the TUNE 230NC can be safely taken on a run or in the gym. The headphones themselves have a classic leg shape and can be connected to the sound source separately.

As for the sound, we note the accented bass, which is not very typical for this segment. The headphones will work up to 10 hours on a single charge (up to 8 hours with ANC), and the charging case will provide another 24 to 30 hours.

In the table below you can find detailed characteristics and prices of the models described in the article. Since the headphones are of different form factors, we ranked them in ascending order of magnitude.