The auto driver was going with pleasure, was shocked by the message of deducting the challan due to the helmet 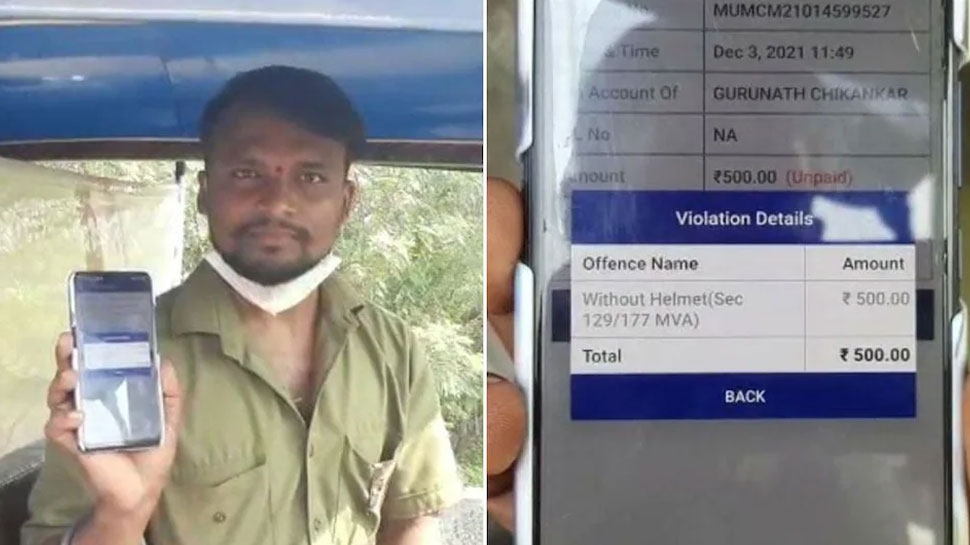 New Delhi : You must have seen many types of challans being cut till date, one by one unique challans are given to the law breakers on the road. But in the welfare of Maharashtra, such a challan of a person has been deducted, knowing about which you will be surprised and you will also laugh. Here the traffic police has issued a challan to an auto driver for not wearing a helmet. According to the available information, on 3 December 2021, a bike rider was driving a two-wheeler without wearing a helmet in Kandivali, Mumbai and the traffic police present there took his photo. But this challan was sent to the rickshaw driver Gurunath Chikankar instead of the bike rider.

The challan has a photo of the two-wheeler driver, but the vehicle details include the name, mobile number and auto number of Gurunath. As soon as the traffic police sent the challan message on Gurunath’s mobile, he was shocked that he sits inside the auto wearing a helmet. When Gurunath sought more information from the traffic police, he was asked to go to Thane and Mumbai. The rickshaw puller says that when there is no fault of his, then why should he stop work and go to Mumbai and Thane.

The traffic police themselves should correct the mistake – Gurunath

When asked in this matter, Gurunath said that it would be better if the traffic police themselves rectify this mistake. According to him, this is no less than any mental harassment and the traffic police should immediately cancel the fine and notices imposed on him. The system of e-invoicing has been started recently in Kalyan and this is the reason that many flaws are visible in it. Madan Chikankar, a relative of the auto rickshaw driver, says that in this way the traffic police should be punished for violating the rules on the e-challan system.