The all-new Chery Tiggo 7 Pro has been unveiled with a range of over 1,000 km. This design will become standard on all Tiggos. 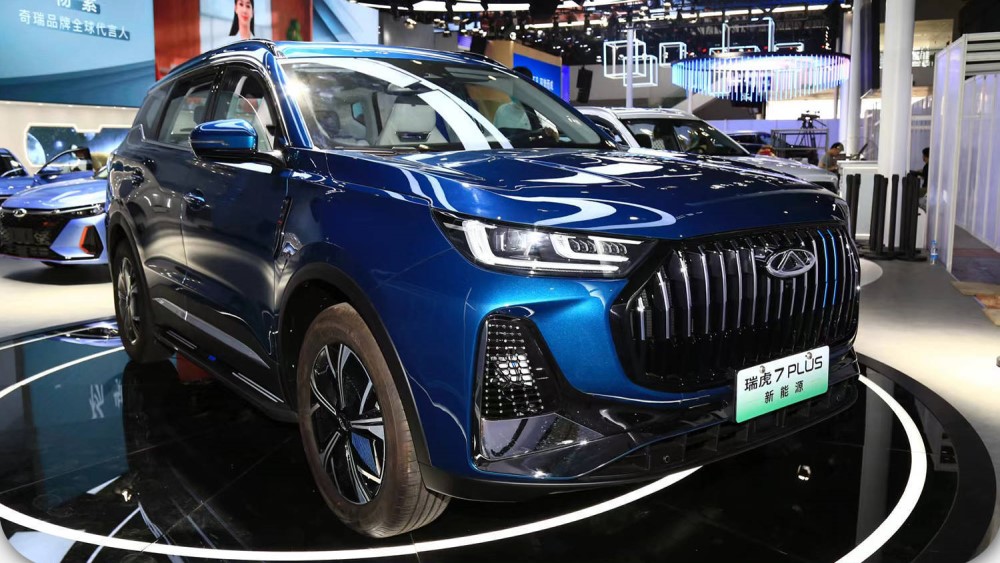 At the Chengdu Motor Show, Chery introduced the all-new Chery Tiggo 7 Pro, which will be released in China under the name Chery Tiggo 7 Plus New Energy. He received a new design and a hybrid power plant.

Recently, the release of Chery hybrid cars was announced in Russia, so this model also has great chances to be released in our country. It is also reported that this design should become standard for all models of the Tiggo family.

The radiator grille has increased and changed its pattern; social networks have already noted the similarity of the new car with Mercedes. Diode headlights have become larger and resemble Tiggo 8 Pro. The zone of daytime running lights has changed. Changes are also visible at the rear, with brand letters appearing on the solid lamp. The tailpipes of the exhaust system are decorated in blue, and the car itself is painted in the exclusive color Energy Blue. This should emphasize the “nature” of the car’s new energy source.

Inside, we see a completely new interior for the line, the interior is decorated in white and blue colors. Chery Tiggo 7 Plus New Energy is equipped with a double curved screen with a total diagonal of 24.6 inches. It runs the Lion 5.0 operating system, powered by a powerful Qualcomm Snapdragon 8155 processor. It has a 540° panoramic image function and a HUD windshield projection system. Sony acoustics are responsible for the quality of music in the cabin, there is also a 64-color rhythmic atmospheric lighting.

The car is equipped with a new intelligent hybrid architecture Chery DP-i. The system is known to be pluggable and supports fast charging. It is based on a 1.5-liter turbo engine, an electric motor and a 3-speed DHT transmission. The total return of the hybrid bundle is 326 hp. at 510 Nm of torque. The power reserve with a full tank exceeds 1000 km.