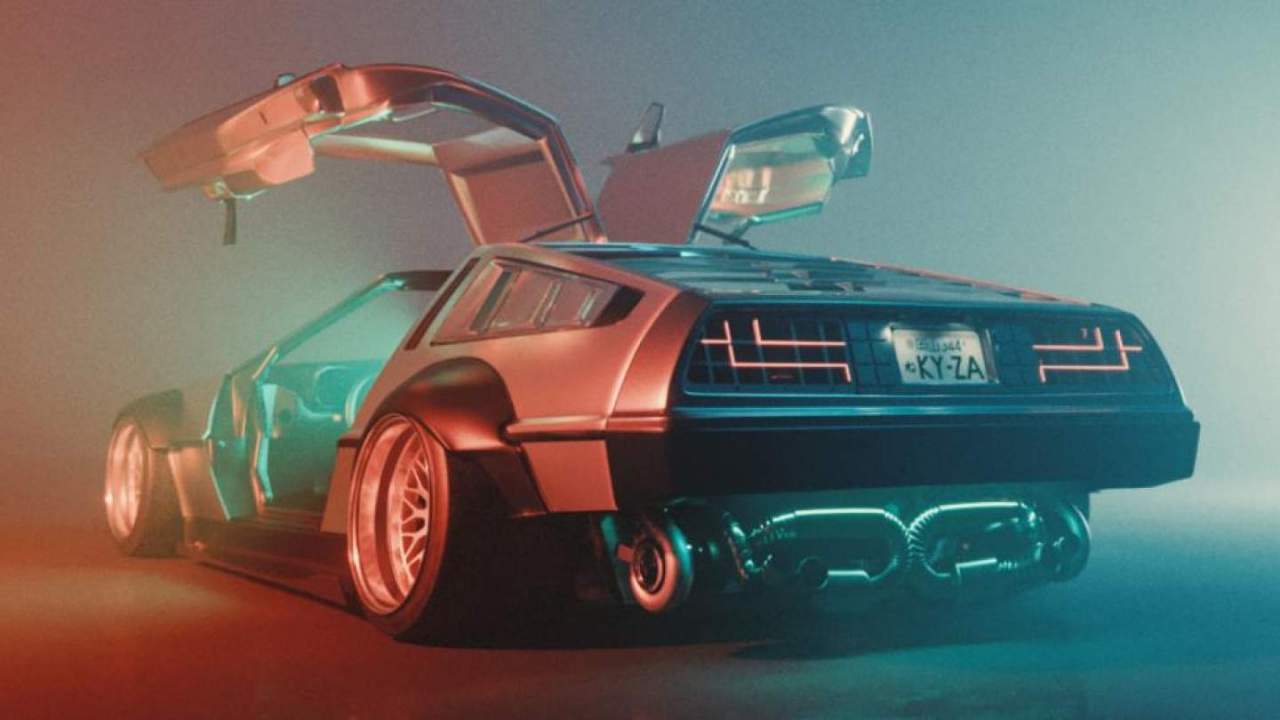 The Salvage2Savage team made a big splash at the recently concluded SEMA Show. Experts presented a modified modern version of the famous DeLorean DMC-12, which became famous thanks to the “Back to the Future” trilogy.

The standard version of the car is equipped with a V-shaped 6-cylinder engine with a volume of 2849 cc3… The fantasy version from the trilogy got a plutonium-fueled stream capacitor that generates 1.21 GW of power. The redesigned car doesn’t have either, but it did get a 5.3-liter LS3 V8 engine with a pair of giant turbos that are so big that the rear bumper couldn’t hide them.

Yes, the modified DeLorean DMC-12 will not be able to return you to the past or send you to the future, but with acceleration to 88 mph, the car will definitely not have problems (in the film, this is exactly the speed required to jump in time). Its propulsion system produces 1,000 hp, and it also has a transmission from a Porsche 911.

The team updated the headlights, taillights, and rear engine grille, but retained the signature wing-shaped doors.