Test drive and booking of Jeep Meridian to start from May, will be available in diesel engine only 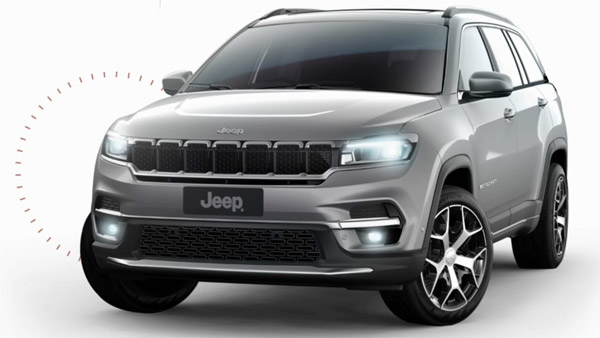 The Jeep Meridian is set to be a luxurious 7-seater SUV, with the company confirming that it will be made available only with a diesel engine at present. It is based on the company’s Compass but has got some changes, including a new 7 slate grille, square LED headlight and an improved bumper design that is reminiscent of the Grand Cherokee.

At the same time, it is 354 mm longer than the Compass, in which this distance between the wheels is 158 mm. At the same time, for the new look, 18-inch alloy wheels and connected LED tail light have been given at the rear, which gives it an attractive look. Talking about the interior, its dashboard has been taken from the Compass, it has been kept in Black and Brown dual tone color. To move to the third row, the second row can be tumbled, the third row seat can be fully folded and the second row seat can be folded in a 60:40 ratio.

For safety, 6 airbags have been provided in all the variants, along with more than 60 safety features have been given in the Meridian. It has been given a tire pressure monitoring system, obstacle detection, anti pinch sensing safety system. Jeep claims that the floor of the Meridian produces 25% less vibration, which ensures smooth and stable driving. It comes with a turning radius of 5.7 metres.

It is a 7 seater MPV, its second and third row can be tilted up to 29 degrees and 32 degrees respectively. The company claims that it will get the largest cabin space, maximum legroom, headroom and wide cabin. The rear door can be opened up to an angle of 80 degrees, while the cabin will cool down 30% faster than other competitors.

The Jeep Meridian is powered by a 2.0-litre, four-cylinder Multijet turbo diesel engine that comes mated to a 6-speed manual and a 9-speed automatic. Along with this, many drive modes sand / mud, snow and auto drive mode have been given in this SUV. It accelerates from 0 – 100 km/h in just 10.8 seconds and has a top speed of 198 km/h.

Jeep Meridian is being brought with a lot of new features and more space, the company is going to reveal its price in June. Its price is also going to be slightly higher than the Compass and it is going to compete with the Toyota Fortuner.

Share
Facebook
Twitter
WhatsApp
Telegram
Previous articleSamsung’s smartphone will hit the market, with powerful features will be launched on April 2
Next articleThe smartphones that come with a strong battery do not need to be charged frequently, in the price budget, see list
MOBILE
Digit News