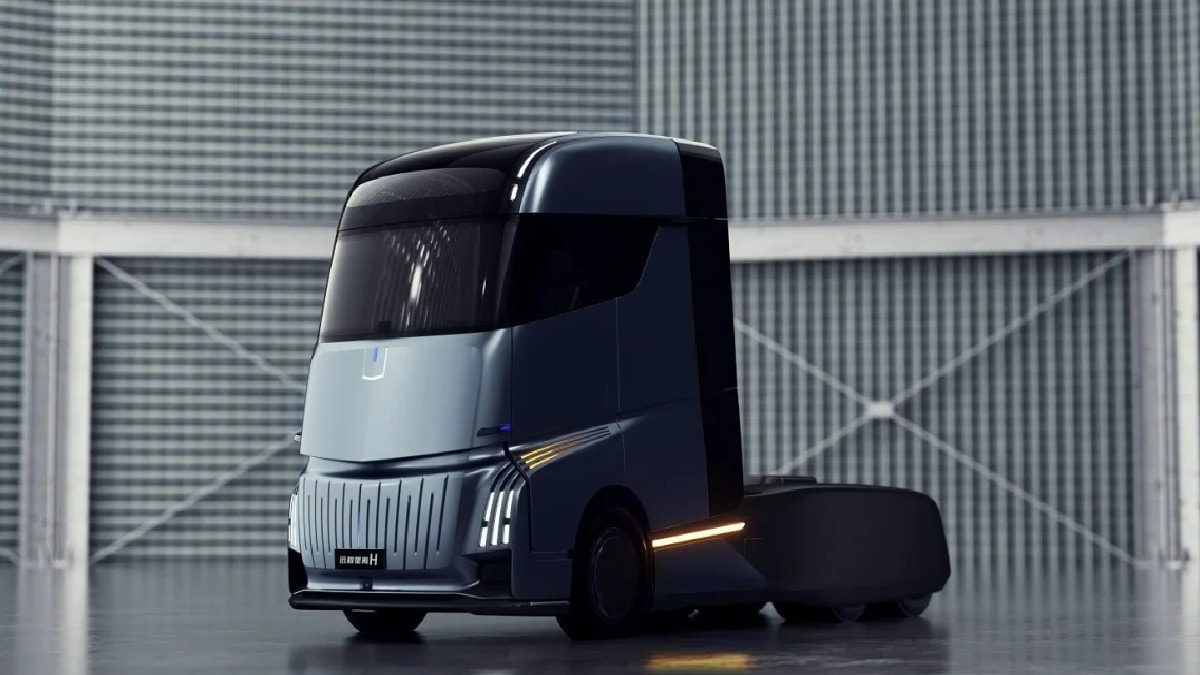 Chinese automobile manufacturer Geely has launched a new electric semi-truck, the Homtruck. Geely’s commercial vehicle group Faizron Auto is planning to roll out this vehicle in the year 2024 and the company will also target the international market.

The launch comes at a time when Tesla has delayed production of a similar electric vehicle, the Tesla Semi, which was to be released in 2017. BYD, backed by Mercedes and Warren Buffett, has also announced its own electric trucks.

The Hometruck will have two power options. That is, this truck can be run on methanol hybrid and pure electric fuel. The methanol-powered battery is a technology that Geely has been investing in for a few years now and the company is also offering this power option in some of its models. The company has also said that the Homtruck battery can also be swapped, so that there is no need to wait for charging. Talking about the features inside the truck, it has been provided with shower and toilet, single bed, refrigerator, kitchen area and a small washing machine. The company also posted a video related to this on YouTube. share has done.

There are also rumors that the company will collaborate with Huawei to integrate Huawei’s Harmony operating system into its vehicles. Due to the lack of chips around the world, there may also be a challenge like a reduction in the production of Homtruck, although the company feels that this problem is for some time.