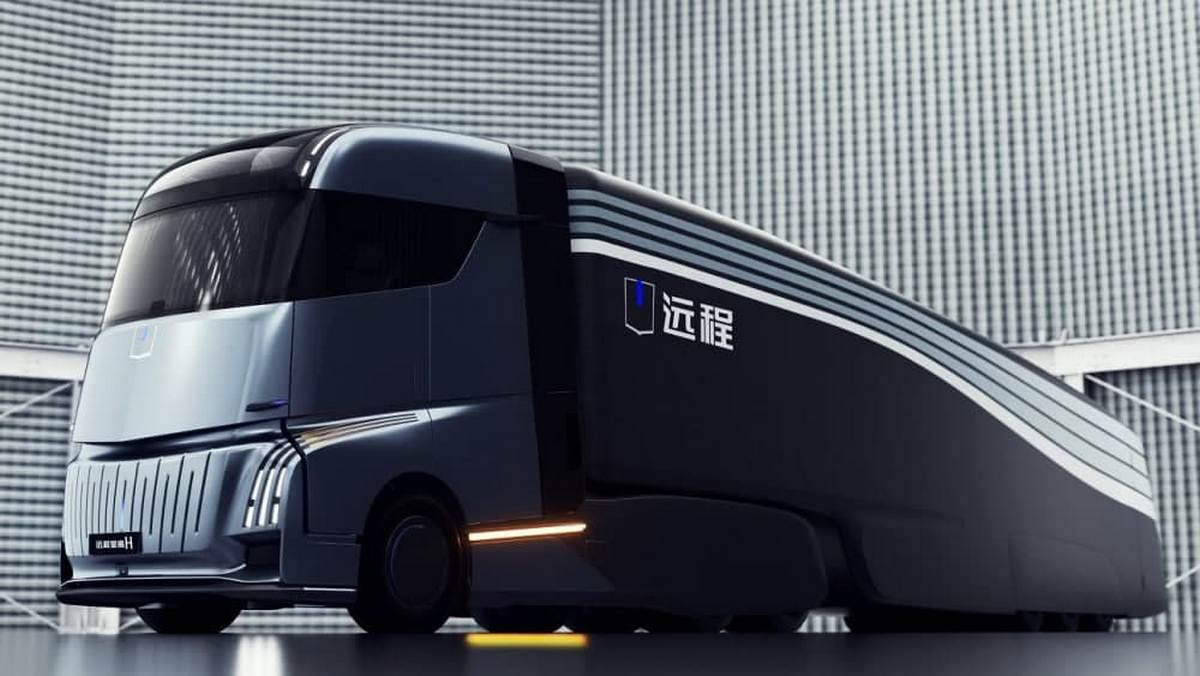 We already wrote that Geely has announced an electric truck. Homtruck, which has already been named by the Tesla Semi competitors. To prevent skeptics from thinking that the car only exists on paper, Geely showed a fully working Homtruck.

The first Tesla Semi should go on sale in 2022, while the Geely Homtruck will delay until 2024. Geely Homtruck can be equipped with a variety of engines, including all-electric and hybrid systems.

The name Homtruck (“Home” – “house” and “Truck” – “truck”) was not chosen by chance. The developers of the car decided to create the most comfortable home on wheels for the driver. Inside there was a refrigerator, a comfortable bed, a small kitchen, a toilet, a shower and a refrigerator. An automatic washing machine is installed outside the cabin.

An important feature of Homtruck will be the L4 self-driving system, which allows the car to drive on the road without the need for a driver. Moving in a column, Geely Homtruck will be able to automatically adjust the speed and distance. Also, the car received many driver assistance systems, an all-round visibility system and a smart assistant.

The electric version of the truck will support fast battery change technology, which will take just a few minutes.