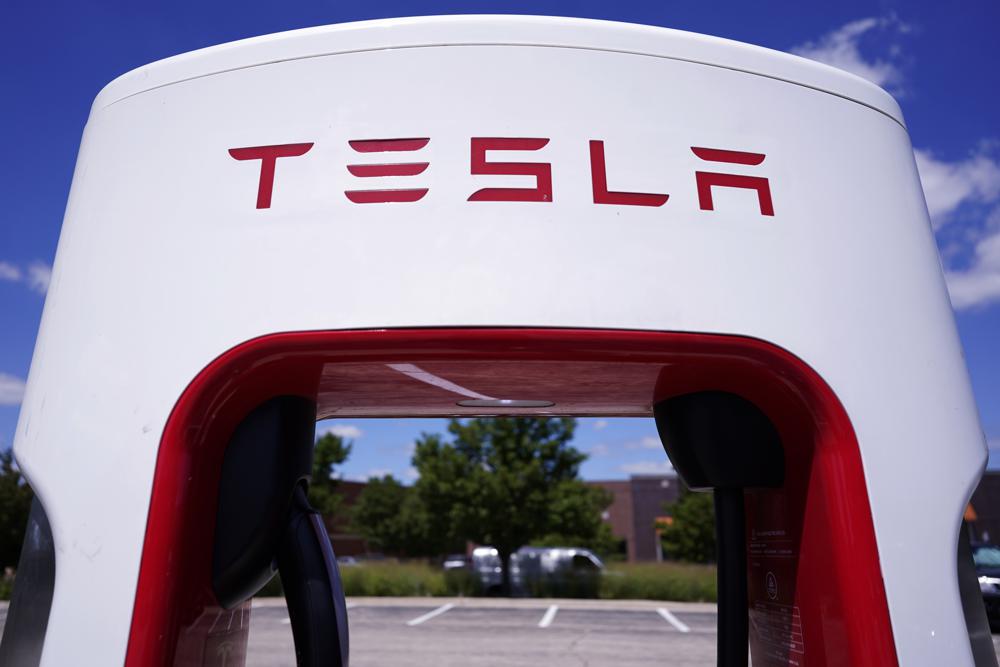 NEW YORK (AP) — Unlike its cars, Tesla shares are about to get less expensive.

Tesla is splitting its stock 3 for 1, so after the close of trading Tuesday, investors will receive two additional Tesla shares for every one they owned as of Aug. 17. In theory, that should drop Tesla’s share price by about two-thirds before trading starts on Wednesday.

WHY DO A STOCK SPLIT?

Stock splits are used by companies when their stock price gets too high for retail investors to buy individual shares, or when a company wants more shares in the marketplace to make them easier to trade.

Employees who hold a company’s stock can benefit as well if new investors push the price higher. The lower prices also should make the shares easier to sell.

Tesla shares traded for more than $1,000 when the company announced its intention to split the stock in March. That’s a bit steep for most retail investors. Some brokerages let investors buy fractions of a share, but not all.

HOW HAS TESLA’S STOCK BEEN DOING?

Tesla shares closed at $889.36 Tuesday and are down about 16% for the year. A price around $296, while still not exactly cheap, could entice more investors to buy the stock.

Any investor in Tesla is in part making a bet on the company’s mercurial CEO, Elon Musk, who has succeeded in making Tesla the world’s most valuable automaker and himself the world’s richest man, according to Forbes.

But the ride can get bumpy with Musk at the wheel. In April, Musk struck a deal to buy the social media platform Twitter. Some Tesla investors sold their shares, worried that Musk would be distracted from running Tesla if the deal went through. The shares fell as low as $620 in late May.

Musk has since done an about-face and wants out of the deal. The dispute heads to court in October. Tesla’s stock began to recover in July, boosted by better-than-expected second-quarter earnings and an overall upward trend in the stock market.

HAVE OTHER NOTABLE COMPANIES SPLIT THEIR STOCK?

Amazon and Alphabet, the parent of Google, each split their stock 20-for-1 in the past few months. Both companies got swept up in a broad rally for big tech stocks after the initial shock of the pandemic and their shares soared north of $2,000.

Alphabet shares have risen 2% since its stock split went into effect on July 18 but are still down about 20% for the year. Google had its slowest revenue growth in two years in the second quarter, a sign that the tailwinds propelling big technology companies during the pandemic have shifted into a challenging new direction.

Amazon shares have gained almost 9% since the split took effect on June 6, but like Alphabet the company has faced challenges and its stock is down nearly 20% year to date. Consumers have shifted their behavior and are spending more on services and less on goods. Like many companies, Amazon has seen its own costs rise significantly.

Even GameStop, the so-called meme stock that rocketed to ridiculous heights last year before falling back to earth somewhat, decided to do a stock split. Although in GameStop’s case it had been retail investors who drove the stock higher in the first place.

GameStop shares closed Tuesday at $33.56 and are down about 6% since the split took effect, partially reflecting the drop in the market the past few days. News Source – AP