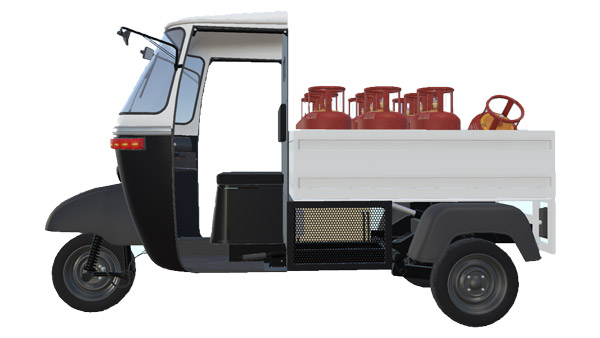 Idea from rising pollution in India

A native of Hyderabad, Srinivas (49) has worked in nearly 20 countries in his career spanning 26 years. In 2014, he was appointed as an IT manager at Tesla, the world’s largest manufacturer of electric cars based in the USA. However, after working at Tesla for three years, he became concerned about the increasing pollution caused by conventional vehicles in India, after which he decided to come to India and start a startup to overcome this problem.

By the end of 2017, he arrived in India and founded Zero21 Renewable Energy Solutions. According to Srinivas, the term zero 21 refers to ‘zero air and noise pollution in the 21st century’. By early 2018, he started working on the startup’s first product, the Smart Three-Wheeler Electric Cargo.

Srinivas claims that this electric cargo can last for 10 years without changing the battery. It has the capacity to carry 350-400 kg of cargo. The cargo is powered by a 160 Ah Lithium Ion Phosphate battery. It gives a range of 120-130 km on a full charge and has a top speed of 30 kmph. The company says that it can be brought in last-mile delivery.

Auto will convert to electric in just 3 hours

The company also converts diesel cargo and passenger autos to electric. For this, the company has developed an electric retrofitting kit from its research and development house, which can convert an ordinary auto into electric in just 3-4 hours. Following the recent legalization of Electric Retrofitting Kits by the Delhi Government, the company has been registered as a Certified Retrofitting Company in India.

Rani Srinivas of Zero21 believes that the electric retrofitting kit will accelerate the pace of adoption of electric vehicles in the country. He says that these kits are not only economical but with them the company also gives a service warranty which is like buying a new electric vehicle.