Tesla electric car worth 50 lakhs was seen floating in the sea, but the owner did not know 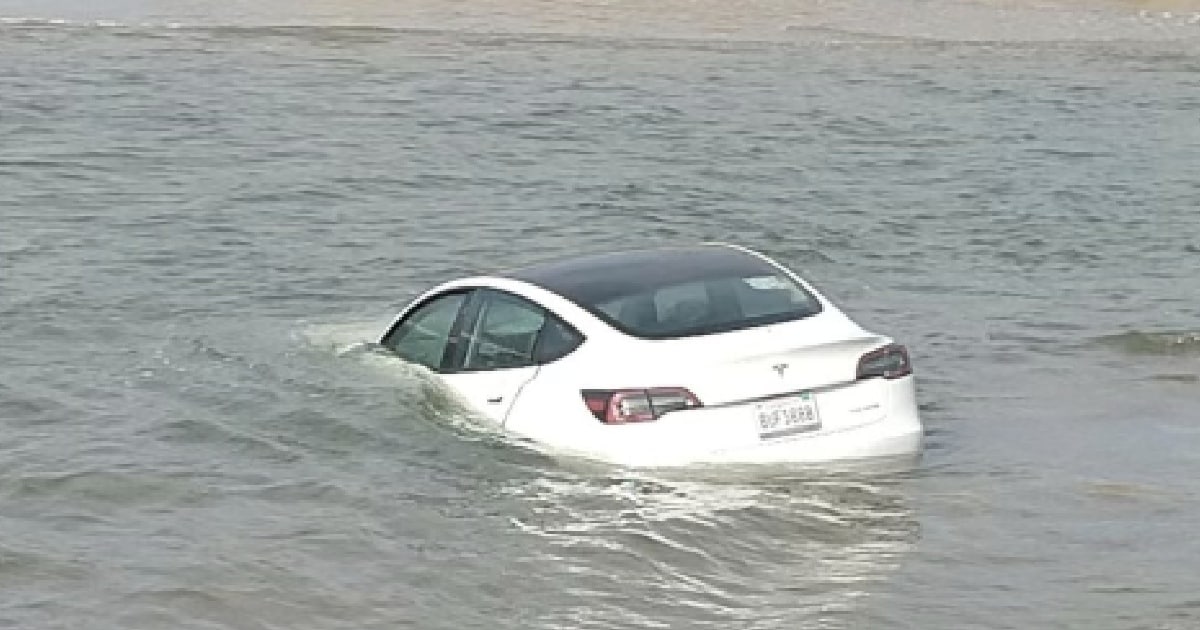 Recently a Tesla electric car was spotted floating in the sea, which put the authorities in a strange dilemma. If you see a car floating in the sea and there is no person in it and most importantly no one has filed a complaint about that unclaimed car, then probably one will be in a dilemma. Such a case has come from Santa Barbara, California.

of Carscoops Report A Tesla Model 3 electric car, said to be worth around £50,000 (approximately Rs 47 lakh), was found floating among the waves in the ocean, after which it was pulled out by the Carpinteria-Summerland Fire Department. the surprising thing is that Tesla car No one came to accept it, nor was there any report of the loss or theft of this unclaimed tax.

The report states that when Tesla When the Model 3 was searched, firefighters found no clue of the owner involved in and around this electric car. The police contacted the person in whose name the car was registered and asked him to solve the mystery.

The report goes on to say that it is still unclear why the unidentified driver decided to drive on the seashore, which is illegal, and if for some reason the car went into the sea, why did they report it to the police. Didn’t give

Raquel Zick, public information officer for the Santa Barbara County Sheriff’s Office, said in the case that she believed the owner “did it.” [टेस्ला कार] Driven to the beach, got stuck, left it there and the tide came”.