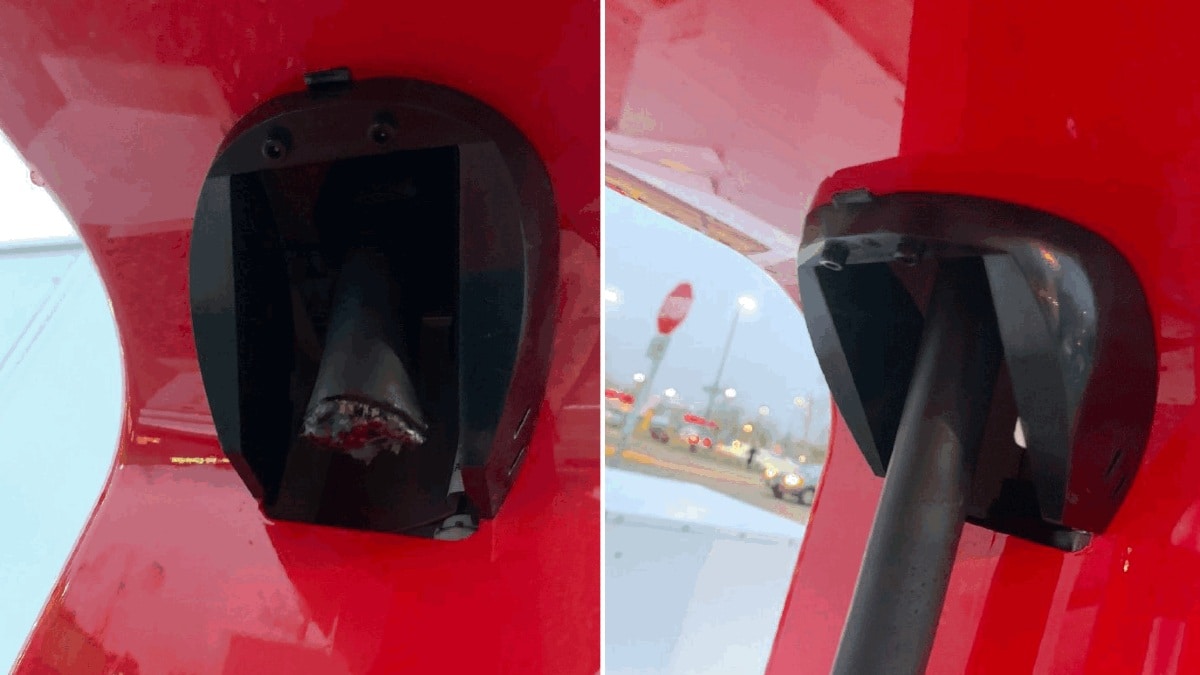 Tesla provides Supercharger power stations for its electric cars. Here users can fast charge their Tesla electric vehicles. However, it appears that thieves in China have made it a means of earning money. People in China have uploaded pictures of superchargers destroyed at various places on social media.

MyDriver  Report As per reports, people in China have complained that many Tesla Superchargers have been destroyed in the country. Looking at the pictures, it is seen that the motor cable of the supercharger has been disconnected. Obviously, some people will be selling this cable for money. This has not happened with any one power station, but many people have complained about such situation at different stations.

As we mentioned, Tesla Supercharger is the company’s fast charging power station. In this, a thick cable is attached to the charging point, through which the electric car is charged. Obviously there is a lot of copper in this cable. This could be the only reason why thieves are selling this cable by cutting it.

The report said that the current price of copper in China is around 70 yuan (about Rs 825) per kg. In this way the thieves are making about 100 yuan (about Rs 1,180) per station from the stolen cable. If you are wondering how big a loss this is for Tesla, then according to the report, a charging cable for Tesla costs thousands of yuan. In other words, the EV company is facing losses of more than 100,000 Yuan (about Rs 11.8 lakh) from these incidents. Download Link