Tesla cars will not be imported from China in India, Transport Minister Nitin Gadkari clearly instructed 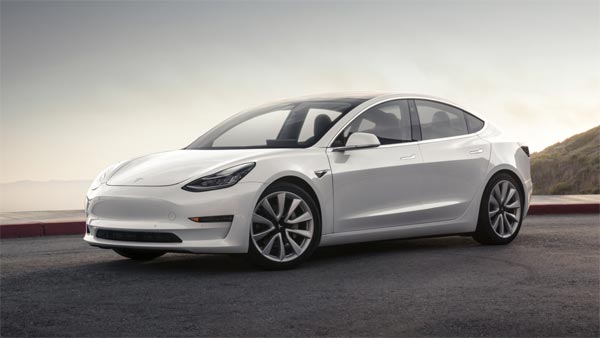 But at the same time the Transport Minister has also said that Tesla Inc cannot import its cars from China. Transport Minister Nitin Gadkari has given this information during a government conference. He added that “making in China and selling here is not a good proposition.”

Let us tell you that Tesla is desperate to import and sell its electric vehicles in India. Officials in New Delhi lobbied for nearly a year to cut tariffs, which the company’s billionaire CEO Elon Musk says are among the highest in the world.

But its efforts are in stalemate, as Tesla has not revealed a firm plan to invest in India, a move that follows Prime Minister Narendra Modi’s “Make in India” approach to boost local manufacturing and create jobs. will correspond to.

Information was revealed that the company is emphasizing on increasing production to meet the growing demand for Tesla cars in China and for export. To ramp up production, the company is looking at setting up a new factory in Shanghai, which was to start work in March.

Talking about the Indian market, Tesla can first launch its Tesla Model 3 electric car in India. This car has been spotted on a few occasions during testing in India. The Tesla Model 3 is available in three variants – Performance, Long Range and Standard.

All these variants are available in rear wheel drive and all wheel drive option. Its battery size ranges from 50 kWh to 75 kWh with a range of 381 km to 580 km. Its performance variant can catch the speed of 0-60 kmph in just 3.6 seconds. Its maximum speed is 210 km/h.