Tesla autopilot caused an accident with an unexpected ending: another car “saddled” Model 3 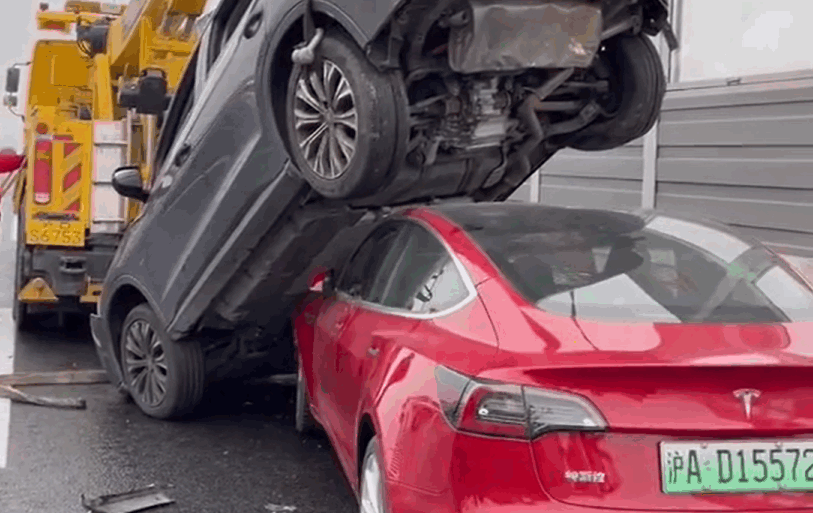 A new accident involving a Tesla Model electric car occurred on an overpass in Shanghai. The car accelerated so much that it literally flew under the BYD car moving in front of it.

As for the cause of the accident, some sources report that the owner of the Tesla activated the automatic piloting system. In addition, many places in China have had rain and snow recently. The road was icy, and the braking distance increased by 3-4 times compared to the usual one.

We don’t have an official Tesla comment on this at this time.

We also posted a video in which Tesla on autopilot is going to ram another car at a speed of 120 km / h.