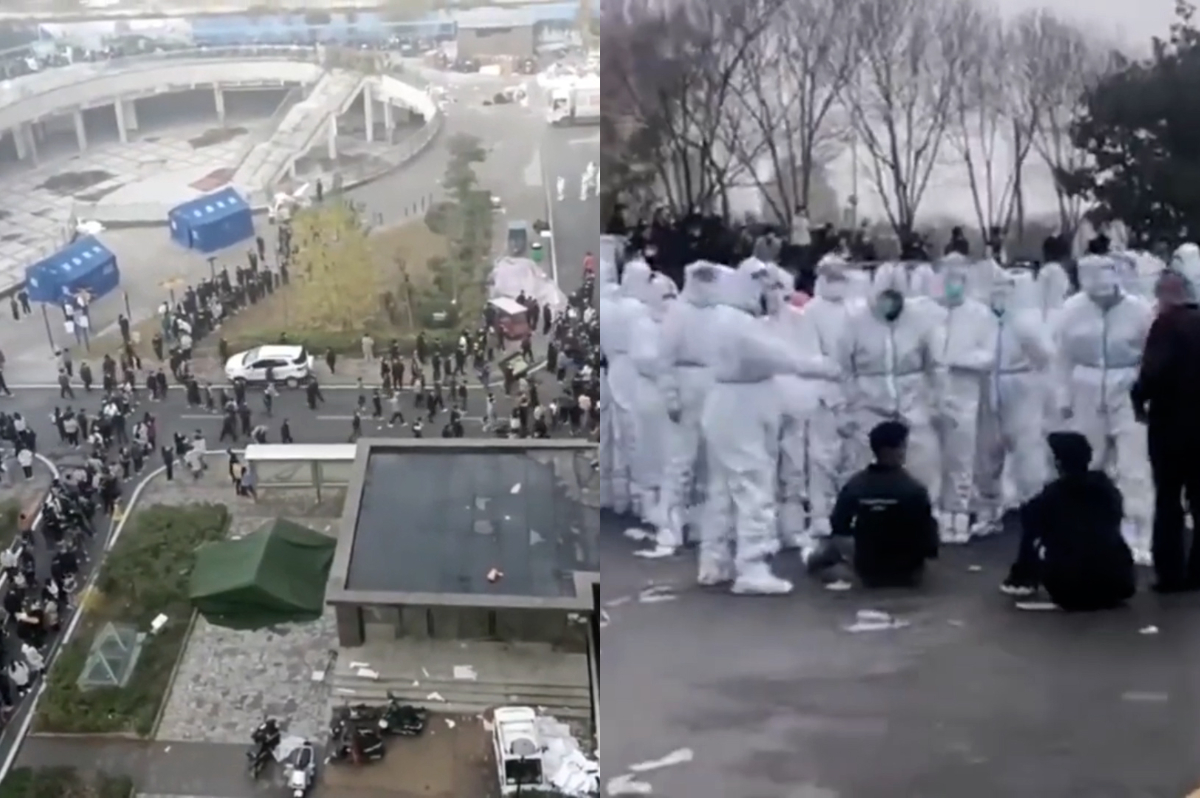 According to Reuters, by the end of November, a further reduction in the supply of iPhone smartphones is expected. This is reported by a source from the Foxconn plant, who confirmed that thousands of employees are leaving the enterprise.

Foxconn’s largest iPhone factory in Zhengzhou or “iPhone city” has been in serious trouble all week. The dissatisfaction of the workers escalated into open protests, as well as numerous clashes with security personnel.

Foxconn eventually apologized for a “technical error” related to pay information that occurred during the last batch of new hires. Worker unrest was also fueled by strict COVID restrictions forcing the plant to operate in a “closed loop” mode and house newcomers in shared dormitories with people infected with COVID. Company offered each protester about $1,400 to quit and leave the plant.

According to new data, this proposal has generated lively interest: a Reuters informant familiar with the situation reports that more than 20,000 workers have agreed to this Foxconn proposal. Mostly they were newcomers who had not yet worked on the production lines, who simply took the money and left. Before the strikes, the factory employed more than 200,000 people.

According to Reuters, this should have a negative impact on iPhone production and, consequently, on supplies. On November 7th, Apple already said it expects shipments of the iPhone 14 Pro and Pro Max to drop. At the same time, the Best Buy chain of stores this week warned of a shortage of new smartphones during the holiday season.

Some analysts estimate that there will be about 10 million fewer iPhones this year than originally thought. Others predict that sales could be 25-30% lower than planned.

On the other hand, a source at Foxconn told Reuters that the incident had a big impact on the company’s public image, but did not greatly affect Foxconn’s capabilities, which were not affected because the people leaving had not yet been trained and started working.