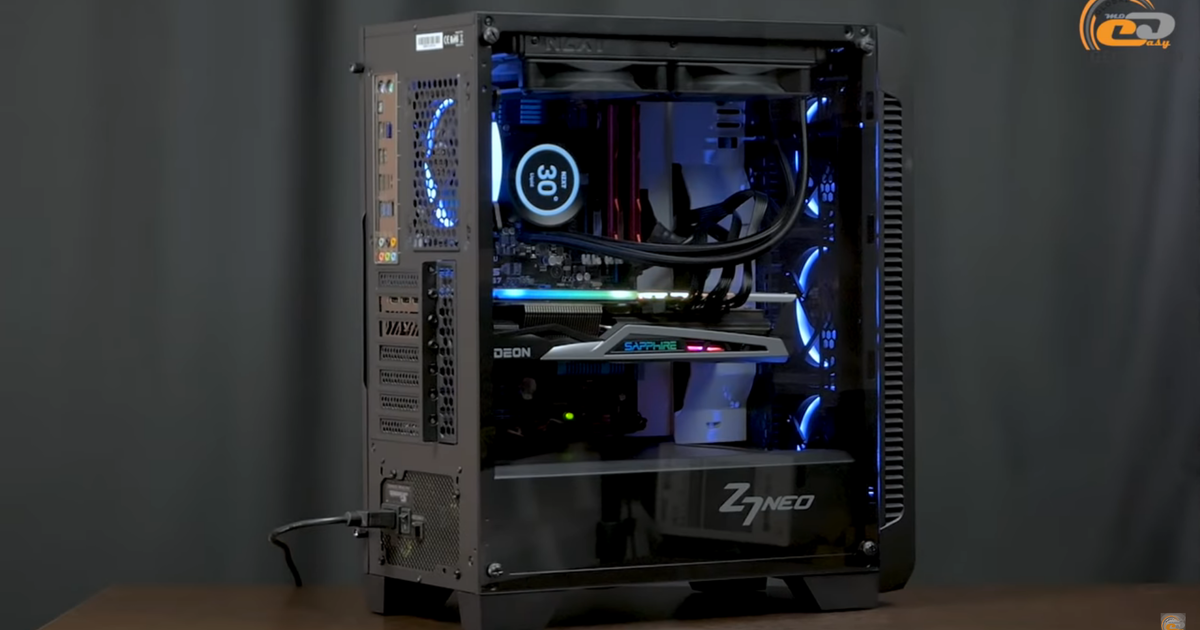 Experts from the GECID.com YouTube channel tested the configuration of a computer based on a Core i5-2300 with a SAPPHIRE Radeon RX 6900 XT NITRO + SE graphics card in 21 games.

V Dota 2the average productivity is around 90 fps. At high settings, slowdowns become noticeable here, so it is best to run the game on medium or low graphics settings.

V World of Tanksthe performance on ultra-settings is on average above 90 fps, the control is responsive. However, if you set the settings to high or medium, then the game will be even more comfortable.

War Thunderruns at maximum settings. At the same time, frame drops are occasionally encountered and the value in very rare events drops below 20 fps. But there are no problems with management.

The processor allows you to switch to ARK: Survival Evolvedto the middle preset. True, there are underfreezes here, but the picture has become better than at low settings.

V Rustoccasionally slowdowns are noticeable, especially near buildings or in dense vegetation, but in general the video sequence is more or less smooth. The average frame rate here remains around 60 fps.

CS:GOon average goes with more than 120 fps. The video sequence is smooth, the controls are responsive.

Pleases and Rainbow Six: Siege… During the game, the frame rate does not drop below 90 fps. The controls are fine too.

Escape From Tarkovat low settings in the first minutes, it turns out 50-60 fps on average. After that, the frame rate drops to 30 fps and then keeps exactly at this level. However, podfreezes are not found here.

V Fortniteyou must enable vertical sync in the settings. So there will be no unpleasant slowdowns. On average, in-game performance is around 60 fps.

V PUBGthere were no underfreezes. The average frame rate was kept in the process of passing at the level of 60 fps. The gameplay was also enjoyable.

V Apex Legendsenabled vertical sync. As a result, the average productivity was 60 fps.

At low settings in Halo Infiniteit turns out to reach 60 fps on average. In very rare events, there are drawdowns of up to 22 fps. Podfreezes are found, but quite rarely and do not interfere with aiming and shooting at opponents.

StarCraft IIgoes with an average frequency in the region of 60-65 fps. The controls are very responsive, there are no slowdowns.

Grand Theft Auto VVsync starts at 60 fps on average. The video sequence is smooth here, there are no problems with control either.

V The Witcher 3: Wild Huntat low graphics settings in very rare events, performance drops to 29 fps. On average, it reaches 80 fps. In general, it is quite comfortable to play. With an average preset, the average performance drops to 60-70 fps). Underfreezes in this case are found, but insignificant.

V DOOM Eternalat high settings, there are frame delays when moving to a new location. Otherwise, everything is going well, with no slowdowns and no control problems. The average frame rate here turns out to be above 100 fps.

V Red Dead Redemption 2when playing in the city, there are slowdowns, but in general the video sequence is quite smooth. On average, it is possible to achieve productivity in the region of 30-35 fps.

Cyberpunk 2077goes on average from 30 fps. True, the rest of the indicators are below 15 fps, so underfreezes are noticeable.

V Far Cry 6it is quite possible to play with a low preset. On average, the frame rate here is at the level of 50 fps. There are slowdowns during the game, but this does not affect the accuracy of shooting.

V Forza Horizon 5the frame rate reaches 60 fps on average. The video sequence is pretty smooth, the controls are responsive. At low settings, the average performance remains the same, but in rare and very rare events, it drops below 30 fps.

In general, experts note that the controls in almost all games with a Core i5-2300 processor and a Radeon RX 6900 XT NITRO + SE graphics card are quite responsive, freezes either do not occur at all, or are occasionally noticeable. However, for the most comfortable control, you often need to set low or medium settings.