Tecno’s 7 thousand rupees phone came to make her crazy, people said, ‘You are not cute, no one is beautiful… 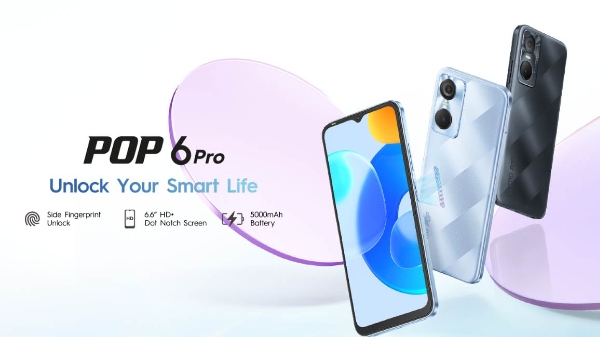 Tecno Pop 6 Pro India launch, the smartphone has been launched in Bangladesh. Tecno’s latest smartphone comes with flat edges which the company is promoting as a right-angle border design. It has a large display with a water drop notch.

It has an 8MP rear camera and a 5MP selfie camera. Tecno’s new entry-level smartphone includes a 5000mAh battery, quad-core processor, a fingerprint scanner and Android Go software. Let us know in detail about the price, specifications and features of Tecno Pop 6 Pro.

The new Pop 6 Pro flaunts a 6.6-inch HD+ display with 720×1612 pixels resolution, 120Hz touch sampling rate, and a waterdrop notch. The new Pop series smartphone is equipped with a quad-core processor. The smartphone comes in the same configuration – 2GB + 32GB. It comes pre-loaded with HiOS 8.6 based on Android 12 Go version.

The all-new Pop 6 Pro sports a dual-rear camera setup that includes an 8MP primary camera with f/2.0 aperture. It is accompanied by AI lens and LED flash. The entry-level handset comes with a 5MP camera and flash for video calls and selfies.

The new Pop series smartphone is equipped with a 5000mAh battery unit. Tecno has not revealed the charging speed and the charging port used on the device. The smartphone has a side-mounted fingerprint scanner and also comes with Face Unlock feature. The new Pop 6 Pro has been launched in Power Black and Peaceful Blue color options. Talking about connectivity features, it includes Dual-SIM, 4G, WiFi, Bluetooth, GPS and OTG.