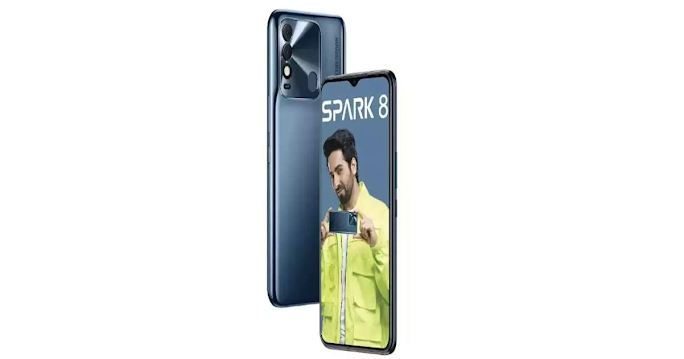 Popular Chinese smartphone maker Tecno introduced Tecno Camon 18 in India only last week. Meanwhile, looking at a poster shared on the company’s official Twitter account, it is being speculated that Tecno is preparing to introduce another smartphone in India. Tecno Spark 8 Pro Looking at the poster, it is known that it will be a smartphone with a punch-hole display. There will be a triple camera unit in the back of the phone. The tweet confirms that the Spark 8 Pro will have a 48-megapixel primary camera, which will be capable of taking better pictures even in low light conditions.

The landing page of Spark 8 Pro is now live on Amazon India. Whereas in the shared picture, the smartphone is shown in black / black color. At the same time, it can be seen on Amazon’s website in Blue Version / Blue Edition. Since, Tecno Spark 8 Pro has already become official in Bangladesh. It has a 6.8-inch display, which gives full HD + resolution of 1080 × 2460 pixels. Apart from this, there is a punch-hole notch in the screen, which houses the front-facing camera. According to the information, this phone will be powered by MediaTek Helio G85 processor. In which 6 GB RAM and 64 GB onboard storage have been given.

How will the camera be found in the phone?
Coming to the camera configuration of the smartphone, it sports an 8-megapixel front camera with dual front flash and a triple camera unit with quad-LED flash, which is 48-megapixels, 2-megapixels and an Al lens. . An 8-megapixel selfie and video-calling camera has been given for the front panel. Apart from all this, the cameras will be improved for better low-light performance and selfie.

phone battery:
Talking about the phone’s battery, it has a 5000mAh battery, which supports 33W fast charging. For security, it has a side-facing fingerprint scanner. This smartphone has come with USB Type-C charging port. It has a 3.5mm audio jack. The phone is powered by Android 11 OS, with HiOS v7.6 on top.

Launch Suspense in India
However, we can expect the Tecno to be priced similar to Bangladesh in India as well. Tecno is yet to reveal a debut date for the Tecno Spark 8 Pro, however, the Amazon listing and official posters point to an upcoming launch in India.