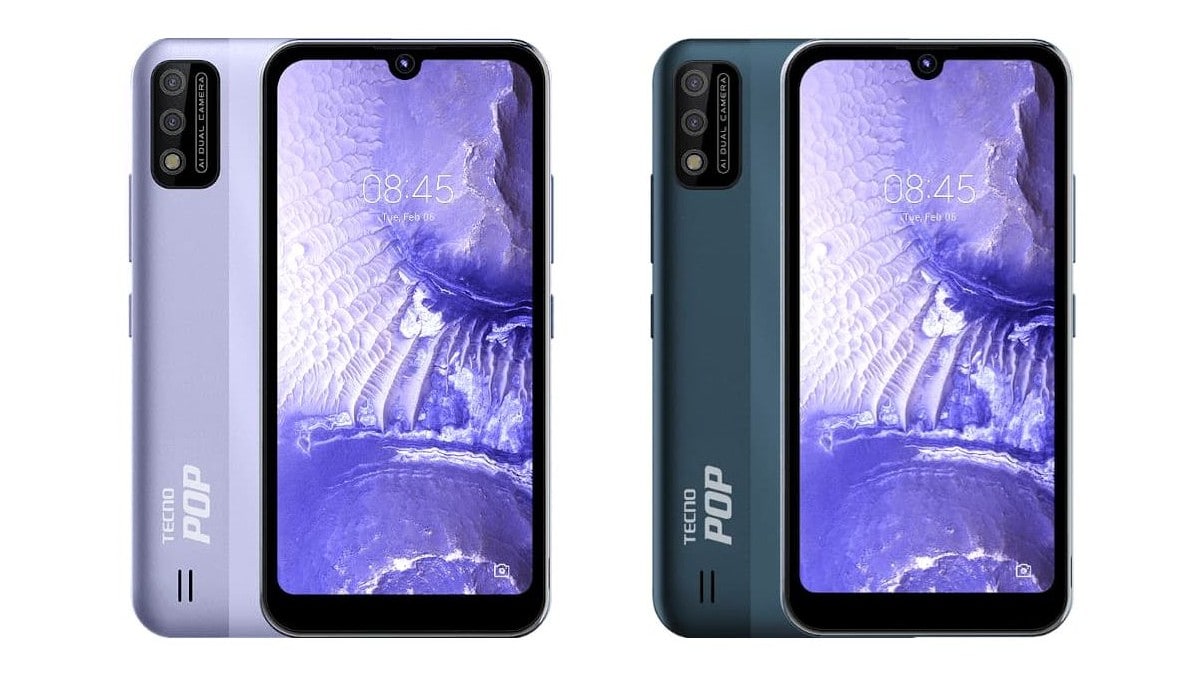 Tecno has introduced its new smartphone Tecno Pop 5S. This is a low-budget smartphone that the company has introduced after the Tecno Pop 5 series. The phone has been officially launched in Mexico and has a 5.7-inch screen. The phone has a Unisoc processor which is clocked at a speed of 1.4 Hz. Being a budget smartphone, it has a dual camera setup at the rear in which the primary lens is 5 megapixels but the front camera is given with flash.

The Tecno Pop 5S sports a 5.7-inch LCD display with a teardrop notch and a large chin. It comes with HD+ resolution of 720 x 1520 pixels with 84 percent screen to body ratio. The phone is powered by Unisoc SC98632E processor, which is a quad core processor. It is paired with 2 GB RAM and 32 GB storage. The phone has a 5 megapixel main camera at the rear, along with an AI lens and LED flash. There is a 2 megapixel camera on the front and it also comes with LED flash. Dual tone finish is seen in the design of the phone, which makes it quite attractive. Speaker grills are given in the rear panel of the phone.

Talking about the battery capacity of Tecno Pop 5S, it has a 3,020mAh battery. It has a micro USB port for charging. For connectivity, the phone has support for 4G VoLTE, Wi-Fi 802.11 b / g / n and Bluetooth 4.2 and 3.5mm headphone jack is also provided. Fingerprint scanner is not provided in this low budget phone of Tecno but the feature of face-unlock is available for security. The dimensions of the phone are 148 x 72.3 x 9.9mm and it weighs 160 grams. Earlier the company launched Tecno Pop 5, Tecno Pop 5 Pro And Tecno Pop 5X was launched. All these were launched as entry level smartphones.