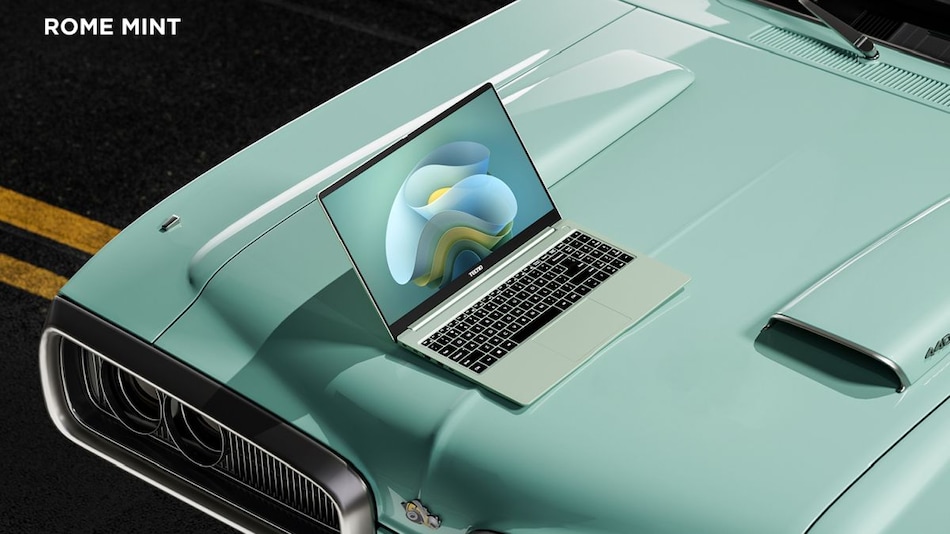 The Tecno Megabook T1 was launched with a 15.6-inch display and 10th Gen Intel Core i5/Core i7 processor options. The laptop runs on Windows 11 and is aimed at the Gen Z consumers. It has a 70Wh battery and comes with a 65W charging adapter. The company claims that the Megabook T1 will offer up to 17.5 hours of battery life. It also features a 2 megapixel webcam. The new Tecno laptop also has up to 16 GB of RAM and up to 1 TB of SSD storage.

The Shenzhen-based company presented the Tecno Megabook T1 during IFA 2022. Tecno has not yet announced the prices of its new laptop. The Megabook T1 laptop will be available in Champagne Gold, Monet Violet, Rome Mint and Space Gray color options in the third quarter of this year.

Tecno Megabook T1 specifications
The Tecno Megabook T1 runs on Windows 11 and has a 15.6-inch display with TÜV Rheinland Eye Comfort certification, adaptive DC dimming and 100 percent coverage of the sRGB color space. The display is said to produce a peak brightness of 350 nits. It can be equipped with either a 10th generation Intel Core i5 or Core i7 processor.

The new Tecno laptop comes with 12GB and 16GB RAM options. It also gets 512GB SSD and 1TB SSD options for storage. The Tecno Megabook T1 has a hinge that can be rotated 180 degrees. It features a dual speaker setup with DTS Immersive Sound and two microphones with AI ambient noise cancellation technology. For video calls, it gets a 2-megapixel webcam. The laptop also has a fingerprint scanner built into the power button for security.

For connectivity, the Tecno Megabook T1 has Wi-Fi 6, a TF card reader, two USB Type-A 3.0 ports, a 3.5mm audio jack, two USB Type-C ports, one HDMI connector and a USB Type-A 3.1 port. It packs a 70Wh battery and comes with a 65W charging adapter. The company claims that the Megabook T1 can offer up to 17.5 hours of battery life on a single charge. It’s 14.8mm thick and weighs around 1.48kg, according to the company.