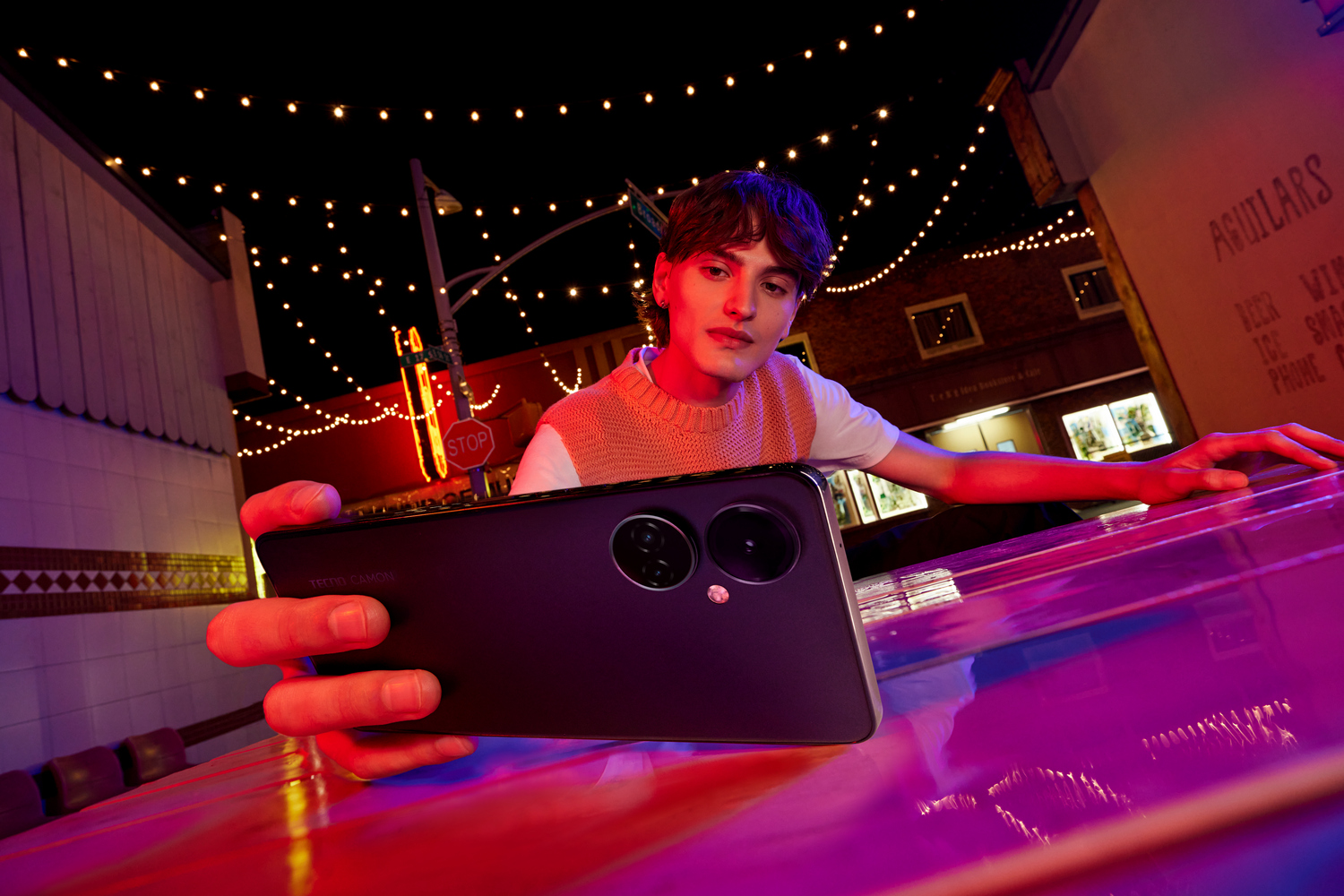 Camon 19 Pro equipped with a 6.8″ FHD+ screen with a refresh rate of 120 Hz, as well as a MediaTek Helio G96 single-chip system. The Russian version received 8 GB of RAM and 128 GB of built-in flash memory with the ability to install memory cards. A 5000 mAh battery supports 33-watt charging.The main camera has image sensors with a resolution of 64, 50 and 2 megapixels.

The 50-megapixel module provides a 2X optical zoom and allows you to shoot videos and photos with a clear and sharp study of portraits. The bokeh effect further highlights the subject and blurs the background. The Camon 19 Pro smartphone has new possibilities for shooting in the dark. When the algorithm determines that the natural light is below optimal, the RGBW sensor and glass lens system automatically turns on. In addition to this, the OIS + EIS stabilizer is activated.

The Camon 19 Pro screen received a narrow frame, and the body is covered with 200 million sparkling particles. The design of the Tecno Camon 19 line was awarded the iF Design Award 2022 in the Outstanding Product Design category.