Tech News: These Ban Chinese Apps have been renamed on Playstore, have you downloaded them? 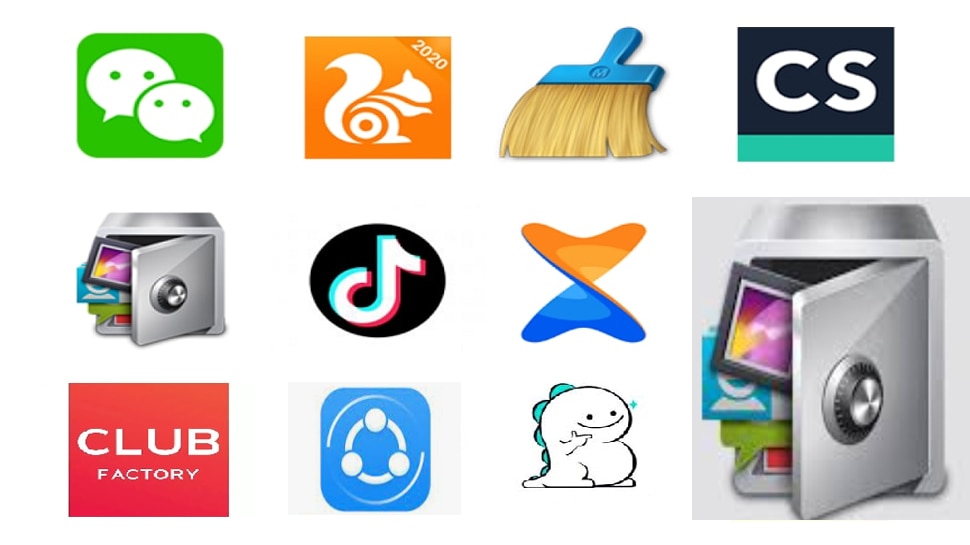 Banned Chinese Apps returns: Despite such strictness, the way China has infiltrated the App Stores by changing the name, the risk of data of crores of Indian people going into Chinese hands once again. In such a situation, you should immediately make people aware by reading this report.

Bannes Apps return at Play Store: In the year 2020, after the skirmish with the Chinese army in Galwan, the Indian government started banning Chinese mobile apps that used to store user data of Indians in China. In the last 2 years, the Government of India has banned a total of 320 apps from China and banned them. But Zee News found in its exclusive investigation that the two big Chinese apps, Share it and App Lock, which were banned by the Indian government, have changed their names and returned to Playstore. Till now, crores of people have also downloaded these two apps in their mobile phones.

After the clash with Chinese soldiers in Galvan, the Indian government has so far conducted 4 digital strikes on Chinese apps on 320 Chinese apps including TikTok, Shareit, Likee, Cam Scanner, App Lock, WeChat, UC Browser, Xender since June 2020. Banned till now. The biggest reason for banning these apps was the espionage of Indians who used to collect these apps data and send it to China. But after the digital strike of the Government of India, now some of these banned apps have returned by changing their names on the Playstore. And crores of people have also downloaded these changed name apps.

In the first digital strike on Chinese apps in June 2020, India banned the data transfer app, Share it. After which this app disappeared from the Android playstore. But a few days later, on July 4, 2020, Share It App was back on playstore under the name Share Kro. The logo of this app is exactly like the banned Share It, just this time the name of the developer was changed. Where the developer of share it was Smart Media4U Technology, the changed name of the developer of Share Kro was named Share kro Team and it is being promoted on the play store as India’s share app so that people do not consider it as Chinese app but it is Indian. Understand the app itself.

But when our team investigated this Share kro App, we found that the QR CODE generated by this app to share or receive a file is found by going to the same server of the original Share It App. That is, your data is still going to the Chinese server. At the same time, this share kro app has been downloaded more than 10 crore times on the Play store.

‘Avoid this app too’

Like share it, the Indian government had banned the Chinese app named AppLock in its fourth digital strike in February this year. But just a few days after the ban was imposed, this app named App Lock also returned to the Play Store with the changed name of the new developer. The developer of the App Lock App which was banned by the Government of India was named Do Mobile Labs, but a few days after the ban, the developer of the changed name, whose name was Do Mobile Applock, re-uploads this AppLock to the Play Store. After which this AppLock has been downloaded 50 lakh times till now. When our team investigated this app, it was found that only the difference between the name of the developer is the difference between the new app and the old app. The website, e-mail and app description of the app’s server are 100% the same.

Why attack on Indian market?

According to the estimates of the international professional service provider company delloite, there were more than 750 million smartphone users in India in the year 2021, which is estimated to be more than 100 crore by 2026. On the other hand, according to experts, India is a money-spewing market for the owners of Chinese apps. That’s why Chinese companies can start the old game of espionage by changing the name and re-entering the phones of Indians. Confederation of All India Traders (CAIT), an organization of traders, has raised this issue of renaming Chinese apps to return to India with the Government of India. After which a letter has been written to IT Minister Ashwini Vaishna, Finance Minister Nirmala Sitharaman and Commerce Minister Piyush Goyal demanding to block these apps so that these apps do not succeed in their work of espionage.

purpose not to scare

If your work is not working without such app, then we not only tell you the problem but also give its solution. In such a situation, the first thing you should do is that if you have also downloaded this app named Share to share the file, then delete it immediately. And you can download other Indian apps present on Aap play store which allow to share or receive files. For example, Share All app, Smart Switch app, Jio Switch App or SFT App which is Indian and allows you to share or receive data. Similarly, instead of Chinese Applock, you can use Norton App Lock, Perfect AppLock or AppLocker. So that your privacy is also maintained and Chinese people cannot steal your data either.