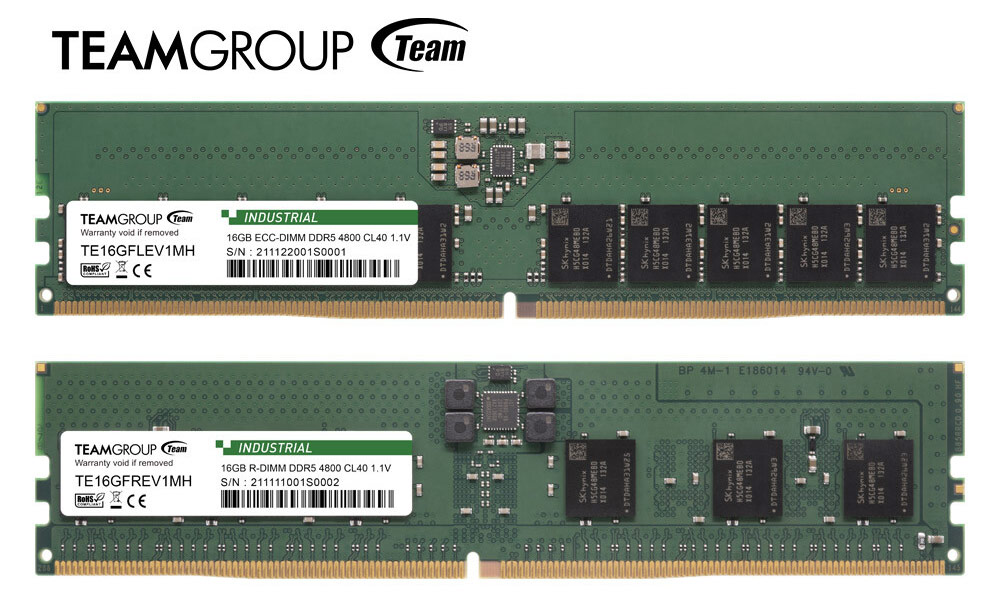 TeamGroup has announced DDR5 ECC DIMM and DDR5 R-DIMM for industrial servers. In recent years, there has been a steady growth in AI and HPC applications, she says, with the result that the need for larger, faster memory is increasing. The new modules are designed to meet this growing demand.

The new generation memory modules can reach speeds of 6400 MT / s, have a maximum capacity of 128 GB, and operate at 1.1 V, resulting in lower overall power consumption. They differ in two innovations. This is a new power supply architecture in which power management is transferred from the motherboard to the DIMM itself, and a channel architecture with two independent subchannels per memory module, which greatly improves the efficiency of memory access.

The advantages of the modules include increased reliability. Testing of module compatibility with servers is expected to begin in the first quarter of 2022.