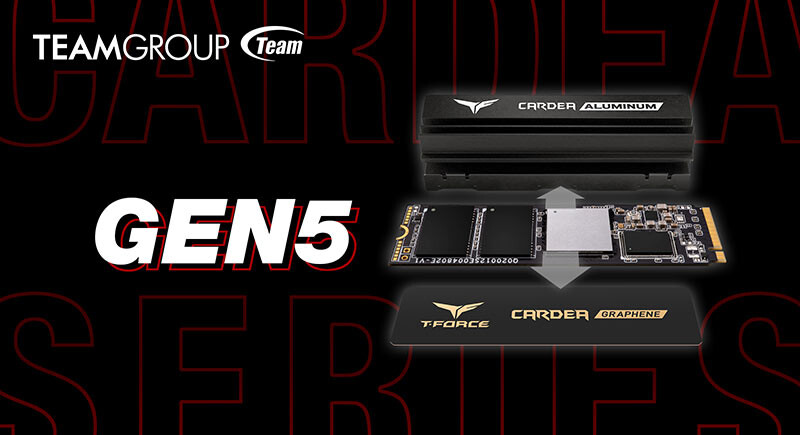 Focusing on the growing demand for high-speed storage systems, TeamGroup announced the release of its first PCIe Gen5 SSD. He replenished the T-Force Cardea series. Mass production of the T-Force Cardea SSD series with PCIe Gen5 interface is planned to begin in the third quarter of 2022.

The new drive is claimed to have a maximum sequential read speed of over 13,000 MB/s and a sequential write speed of over 12,000 MB/s. Drives will be available up to 4 TB. TeamGroup believes it will be the highest performing flagship PCIe Gen5 SSD available on the market at launch.

The SSD will support the latest version of the NVMe protocol, NVMe 2.0. Patented technology will be applied to enhance the reliability and extend the life of the product. However, the manufacturer does not go into its details. No pricing information yet.