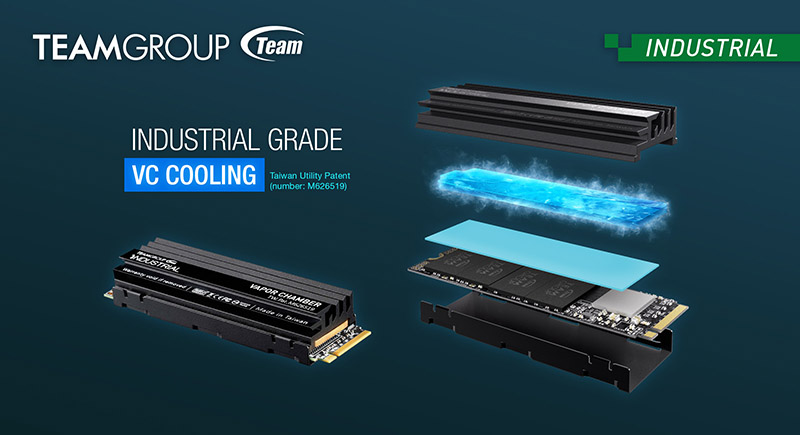 Team Group announced the release of the first solid state drive on the market with a standard vapor chamber for cooling. The model is called M.2 NVMe N74V-M80 and is designed for industrial applications.

The fact is that the read and write speeds depend on the temperature of the flash memory and the controller. When the temperature rises, the speed may drop due to overheating, which is unacceptable in industrial systems. At the same time, the Team Group cooling system with an evaporation chamber allows you to keep the temperature within the specified parameters.

As noted, at an ambient temperature of 85 ° C, this CO can reduce the time to read and write data by 75%, compared with an M.2 SSD without a heatsink. In other words, the drive will not overheat and “slow down”.

Earlier, we note, Team Group showed LSS for simultaneous cooling of the processor and SSD.