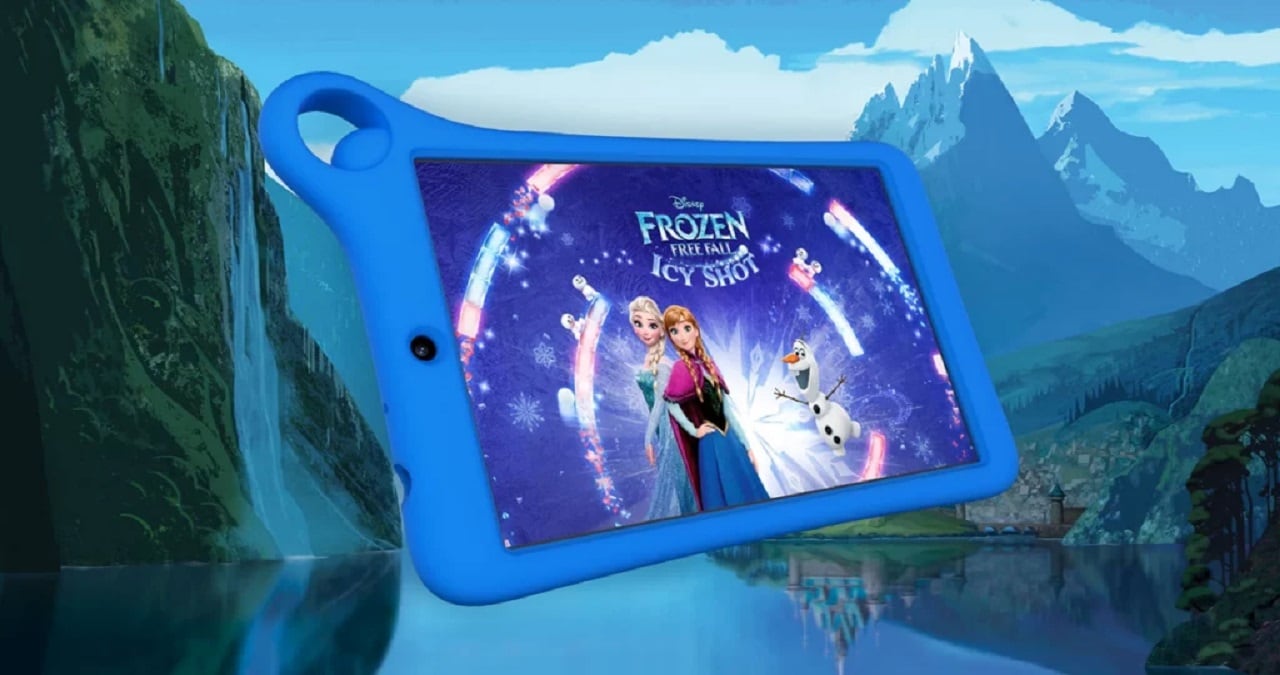 If you’re looking for a new tablet for your kids, we bring you TCL TAB Disney Edition, TCL’s latest kids-focused tablet. The Disney version of the TCL TAB is an affordable, feature-rich, and engaging tablet for kids. It’s clearly similar to the TCL Tab but with some Disney-themed features including a protective case.

The TCL TAB Disney version comes with a decent list of specifications including an 8-inch FHD screen with DragonTrail glass and a rubber case. The TCL Tab Disney Edition is protected against scratches and falls. Talking about storage, it has 3GB RAM and 32GB storage configuration. However, the storage can be expanded up to 256GB via its microSD slot.

Talking about the camera, this tablet has an 8MP main camera. At the same time, a 5-megapixel front camera has been given in its front, which can be used for video calls. The new TCL Kids tablet supports 4G LTE connectivity and comes with a kickstand accessory if needed. Talking about battery backup, it has a 5,500mAh battery which can last up to 17 hours on a single charge.

Talking about the price, the price of this tablet is $ 200 i.e. less than Rs.

The TCL Tab Disney Edition comes preloaded with Disney-themed content. The tablet also comes with some Disney-themed content such as games, puzzles and wallpapers. The TCL TAB Disney version features 5 preloaded games featuring Disney characters. The Disney version of the TCL Tab is available exclusively from Verizon for now. It is currently not clear whether TCL has plans to expand the availability of the device to other outlets.