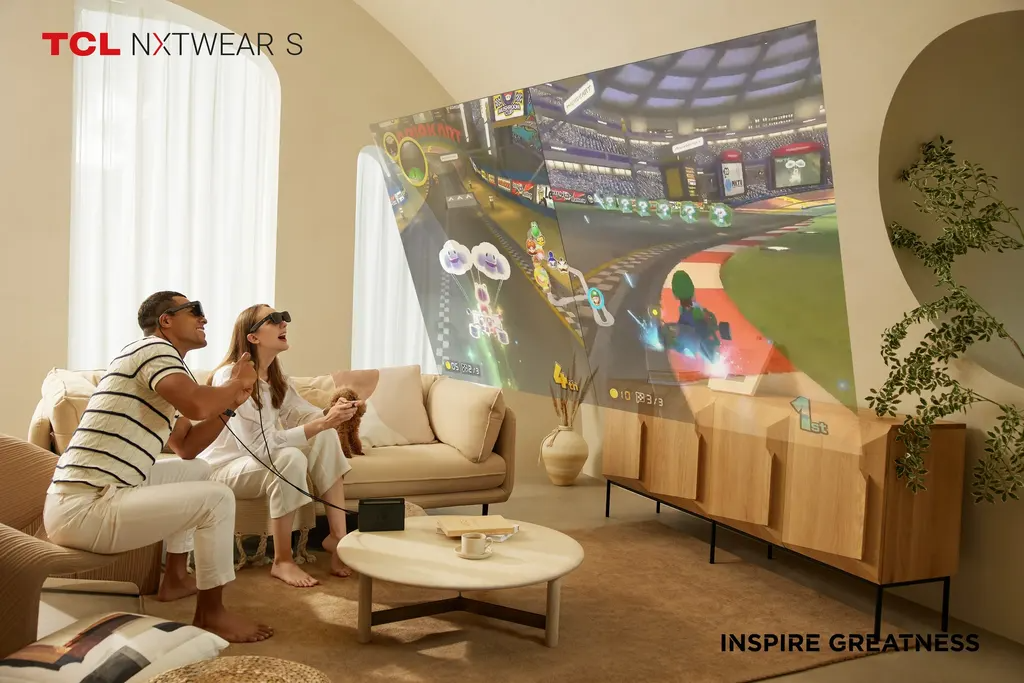 Chinese company TCL has launched a Kickstarter fundraising campaign to raise funds for its next smart glasses, the Nxtwear S.

Early campaigners can get Nxtwear S for $330. Subsequently, the suggested retail price will be $449. Deliveries are scheduled to begin in December 2022.

According to TCL, Nxtwear S will provide users with the equivalent of a 140-inch display viewed from a distance of 4m.

The glasses are equipped with micro OLED screens with a resolution of 1920 x 1080 pixels with a frame rate of 60 Hz and coverage of 90% of the DCI-P3 color space. There are also built-in stereo speakers, but you can connect your own headphones via Bluetooth. Lenses can be fitted to correct nearsightedness or astigmatism.

Claimed to be compatible with numerous DisplayPort-enabled devices over USB Type-C – smartphones, tablets, PCs, and Xbox, Switch, and Playstation game consoles. An additional adapter is provided for connecting to an iPhone. The device weighs 93 grams.