Tata’s unique car will be available in three variants of petrol, electric and CNG, see price-features 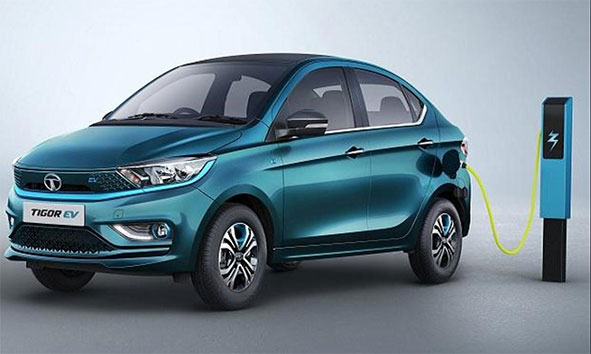 New Delhi: Tata Motors is constantly striving to expand its car portfolio. This includes hatchbacks, sedans and SUVs. Soon Tata’s sedan Tigor will be a unique car. 3 different types of fuel options will be available in the market in different variants.

Tata Tigor ‘s petrol version of
Tata Motors sedan was launched in March 2017, the first tigorala in the segment. The car was launched in both petrol and diesel variants. The diesel variant was later discontinued. The company also offers a 1.2 liter Revotron engine in its petrol version. It generates max power of 86 hp and peak torque of 113 Nm. It has a 35 liter fuel tank. It gives mileage of 20.3 km per liter. Its ex-showroom price in Delhi starts from Rs 5.67 lakh.

Electric version of Tata Tigor
Companies always launch petrol and diesel versions of any car. Often also brings its CNG model in the market. But, Tata Tigor is the first such car in the country. The company has launched the electric version along with the petrol version. Not only does the Tata Tigor EV get 4 stars of GNCAP in safety, it also charges from zero to 80 percent in just 65 minutes. It has a starting price of Rs 11.99 lakh. It covers a distance of 306 km on a single charge.

Tata Tigor CNG
Tata Motors is also launching a CNG model of its sedan next month. Tigor CNG is expected to have a 1.2 liter Revotron petrol engine. CNG can reduce its power output and torque generation. Tata’s sedan will be a unique car that comes in 3 fuel options.