Tata’s Tigor EV is going to come in a new avatar, many updates will be available with Dhansu features 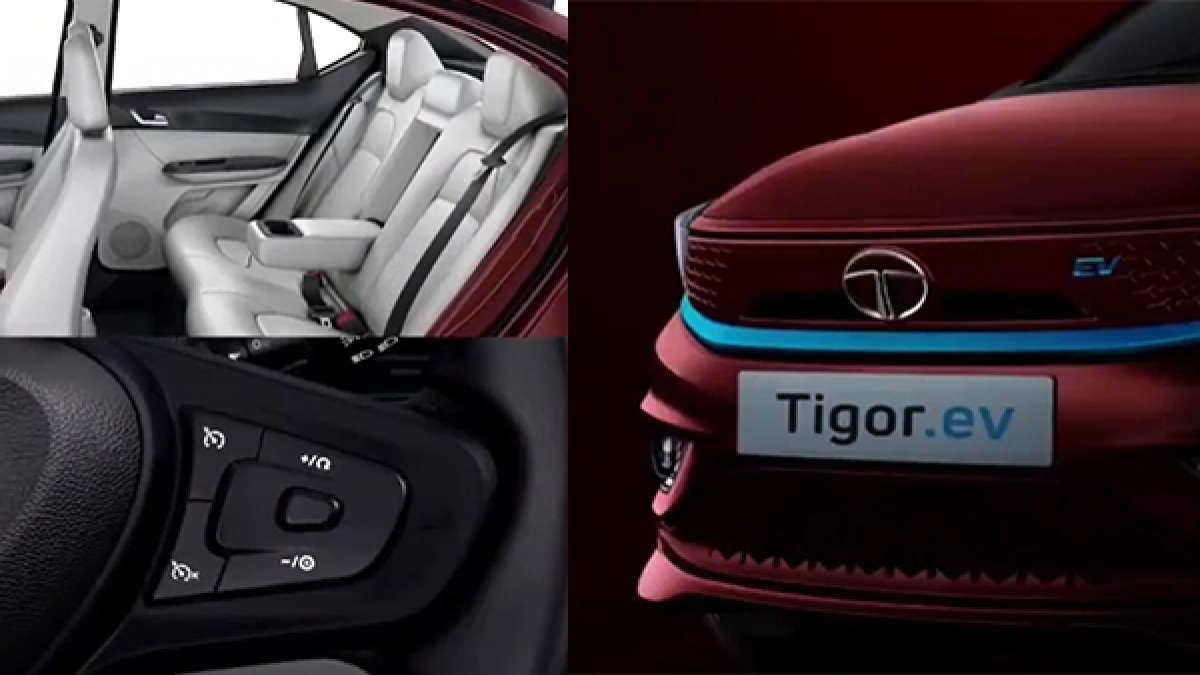 A few months ago Tata Motors launched the Tiago EV in the Indian market. At the same launch event, it was announced that they will be updating the Tigor EV as well.

This is because the Tiago EV was equipped with some features which were not available in the Tigor EV as well. Well, Tata Motors has started teasing the updated Tigor EV.

In such a situation, it is being speculated that the updated Tigor EV may be launched in the next few days. Tata may update the Tigor EV with new features as well as a new color scheme. Till now, the electric compact sedan was sold in just two colours, Signature Teal Blue and Daytona Grey.

The third color option that Tata Motors will be offering is Magnetic Red which is already available on the regular Tigor. The new color scheme will also feature blue accents that differentiate the ICE engined Tigor from the Tigor EV. In terms of features, the Tigor EV will now come with cruise control which is missing from the Nexon EV Prime as well.

There will also be leather upholstery which will give a premium look to the cabin. Tata will also offer automatic headlamps and rain-sensing wipers. The Tiago EV also comes with multiple regeneration modes which can be carried over to the Tigor EV as well. The electric motor of the current Tigor EV is capable of generating 74.7 PS of max power and 170 Nm of torque. It gets two drive modes of Eco and Sport.

The Tigor Electric is being sold in XE, XM and XZ+ variants. It gets features like projector headlamps, LED DRLs integrated into the bumper, automatic climate control, touchscreen infotainment system, height adjustable driver seat and electrically adjustable and foldable ORVMs.